Nvidia are on a real high at the moment. They’re ruling the roost in a host of segments across the graphics and AI computing industries and seem to almost be printing money quicker than they’re printing PCBs, and all in a year where we’ve seen surprisingly little from them on the new graphics card front. Which makes me think they’re turning into Intel. And I don’t necessarily mean that as complimentary as it might read…

Check out the best graphics cards to buy right now, and yes, lots of them are from Nvidia.

Intel are a company which posted revenues of over $16bn in the last financial quarter alone. Nvidia, on the other hand, are a company with revenues measuring $2.6bn. So, of course, they’re going to want to become more like the big blue CPU making machine. But there are other ways to measure a company other than cash.

It’s been a hell of a year for team green. They’ve released the new Nvidia Volta GPU architecture in a bunch of six-figure workstations, and a single $3,000 Titan V, challenging the reticle limits of the graphics silicon manufacturing process while they’re at it. They’re sitting pretty on top of the gaming scene too, entirely unchallenged in the fastest graphics card stakes thanks to the AMD Vega GPUs not living up to their early hype, their revenue is 32% up year-on-year, and the Nvidia share price has almost doubled since the start of 2017. 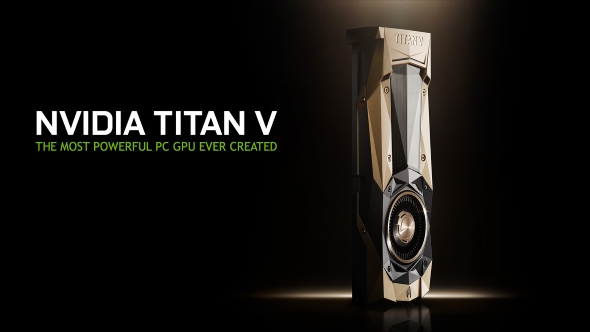 And yet what has their output been like in the usually fertile land of milk and gaming graphics cards? A couple of Ti parts – one great, the other largely unnecessary – and some faster memory on a handful of other GPUs, but that’s it. They have also dropped that Volta Titan, but it’s hardly what you’d call a gamer’s card.

The GTX 1080 Ti popped up in March, delivering us a fantastic 4K gaming GPU, with the same power as the Titan X yet for almost half the price. But as good as it was, and still is, the GTX 1080 Ti was essentially just an almost year-old Quadro GPU, fed a little less VRAM and given a GTX shroud.

The more recent GTX 1070 Ti is a mysterious thing. On the face of it the card looked like an unnecessary reaction to AMD’s RX Vega 56 but given its limited early performance – and lack of stock – there was hardly any need to kick the poor Vega pupper. Dig a little deeper and it seemed to become more about trying to get some use out of a bunch of bored GTX 1080 GPUs sat waiting for the scarce GDDR5X memory they needed to blossom into full cards. 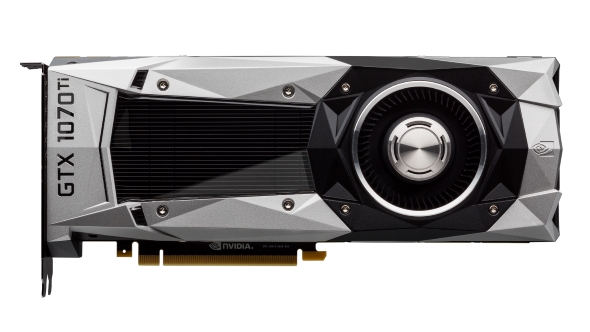 In terms of their traditional gaming graphics card output, 2017 has been rather light. More about barely iterating on existing technology, than bringing anything genuinely new to the table. I know they have launched Volta on the professional side, but when we’re talking GeForce GPUs, the new architecture is still a way off.

That’s largely because they haven’t needed to. While the competition has made great strides in the CPU space with the AMD Ryzen processors, it almost seems like they’ve taken their eye off the Radeon ball with the performance of the Vega cards. As such there’s no competition for Nvidia’s GTX 1080, GTX 1080 Ti, or the super-fancy Titan Xp. They’ve got the fastest graphics cards in the world and, partly because you’ll struggle to find AMD cards in stock at decent prices, they’re also gaining market share throughout the stack. The latest Steam Hardware Survey has AMD dropping to less than 9% market share in the gaming GPU space, with Nvidia just shy of 85% of the market.

And this is starting to look a lot like the way things have been in the processor industry, with AMD struggling to make competitive products to keep the mighty Intel honest. In that market, with AMD in the Bulldozer-inspired wilderness, Intel grew fat and, from the outside at least, lazy. They released barely iterative new CPUs every year, sometimes with just single-digit performance improvements generation-on-generation, and design specs which read like the intern had just copy and pasted… for years on end. 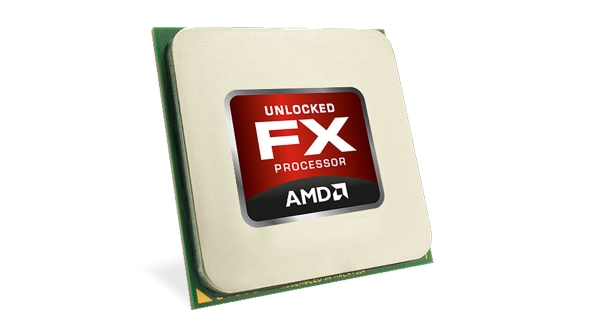 In short, they were sandbagging. Not pushing the envelope, because there was no-one pushing them, and were content to maintain rather than innovate.

There, but for the grace of Jen-Hsun, go Nvidia.

With but a few updates this year it almost looks like Nvidia are sandbagging already, sitting on the Volta gaming cards until they’re sure they’ve squeezed as much cash out of Pascal as possible. That’s become evident with the recent release of the Titan V and the realisation that it might have just been hanging around Nvidia’s stockroom for the last six months. If the Titan V has been essentially finished for that long, are the next-gen Volta gaming cards just sitting in some dusty warehouse right now?

Nvidia need to be careful not to become complacent about the competition in the same way that Intel has with AMD over the last 12 months.

Intel have seemingly been caught off guard by AMD’s Ryzen chips, and have spent much of 2017 flailing around, releasing chips and platforms dangerously early, and playing tit-for-tat on naming schemes and off-the-cuff core counts. It’s not been a good look, culminating with Coffee Lake effectively rendering a bunch of expensive high-end desktop chips obsolete just a few months into their lives. And with Coffee Lake only really being a paper launch it meant no one wants to buy the old Intel chips you can actually find on the shelves. 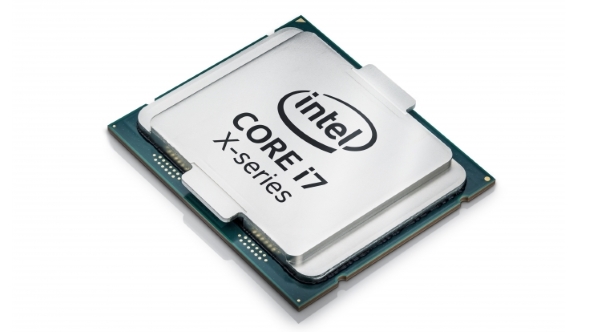 Nvidia don’t want to get caught on the hop like that by AMD. I know the 12nm Vega refresh isn’t likely to really give the GTX 1080 Ti any troubles, but if the AMD Navi architecture has as much potential as insiders think, then they might be in for a real fight on the GPU front.

But in the end I just want me some new graphics cards to play with when they’re finished, not just when the market dictates.