Nvidia has released driver update version 398.82. This driver package brings with it Game Ready optimisations for World of Warcraft: Battle for Azeroth and Monster Hunter: World, alongside a whole heap of bug fixes for various issues plaguing gamer’s systems.

World of Warcraft’s upcoming expansion, Battle for Azeroth, is set to reignite the eternal struggle between Horde and Alliance once again on August 13/14, and Nvidia’s GPUs are already prepped for the release with Game Ready drivers. These drivers are tailored to every game to ensure decent performance at launch, so you’ll want to make sure you’ve got them installed in you are already counting down the days until the battle commences.

The same goes for Capcom’s console critter-slaying hit, Monster Hunter: World, which has Game Ready drivers ready and waiting for its release on August 9. This driver update should help your GPU keep up with the title a little better, but monster hunting is reportedly a tough task for your CPU, too – so make sure to check the Monster Hunter: World system requirements.

As for bug fixes, some of the more major fixes include: G-Sync settings returning to Surround mode, World of Warcraft: Legion will no longer suffer “severe colour corruption” if HDR and G-Sync are enabled on a GTX 1080, and a Dark Souls Remastered fix that puts a stop to the ghosting issue affecting users opting for TAA (temporal anti-aliasing). 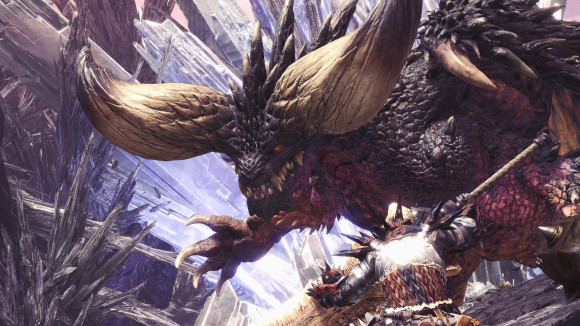