Something Super this way comes… Yes, it’s incoming Nvidia GPU speculation time as the Eurasian Economic Commission’s product notification page is once more offering up a few little tidbits about some imminent graphics card hardware. The registration notification for a new Nvidia graphics processor came in on May 23, but has recently surfaced via the usual Twitter sources.

That leads us to believe that this PG151 is some fresh new SKU of the RTX 2080 Ti, potentially one of those RTX Super cards that Nvidia has been teasing since before Computex. Now it looks like Nvidia isn’t sharing any public information around E3 this week, but we can make some educated guesses about what’s going on.

The other RTX 20-series cards are noted down as PG160 for the RTX 2070 and RTX 2060, presumably they share the same board number because of their use of the same basic GPU. The heads-up came via the ever-reliable Komachi – them Twitter analysts love a Eurasian Economic Commission code name, I tells ya.

The obvious speculation would be that the PG151 is hinting at a new RTX 2080 Ti card that’s utilising more of the TU102 GPU at its heart. We had expected Nvidia might just be launching new cards with the speedier 16Gbps GDDR6 dies, but a new board number might suggest a new GPU too. 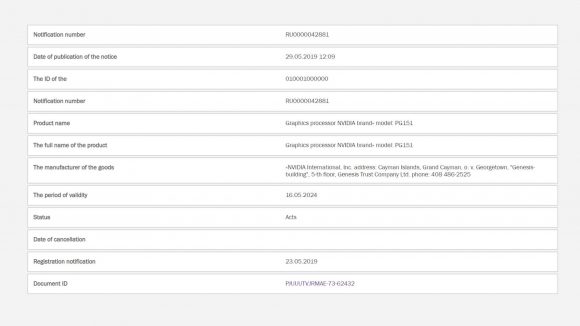 The 12nm manufacturing process for the Turing GPUs is very mature by now, and that should mean that Nvidia’s chip yields should be high enough that more full-fat TU102 GPUs make it through to the end without parts of the die needing to be shut off.

That could mean we’ll get a GeForce RTX 2080 Ti Super Edition with more than the 4,352 CUDA cores the original shipped with. Given that the RTX Titan is still doing the rounds with the complete TU102 GPU, and a $2,500 price tag, I’d suggest that Nvidia probably won’t be going all the way with a new RTX 2080 Ti.

But dropping 70 SMs into the mix would yield a chip with 4,480 CUDA cores, which could still easily be called the fastest gaming card in the world. 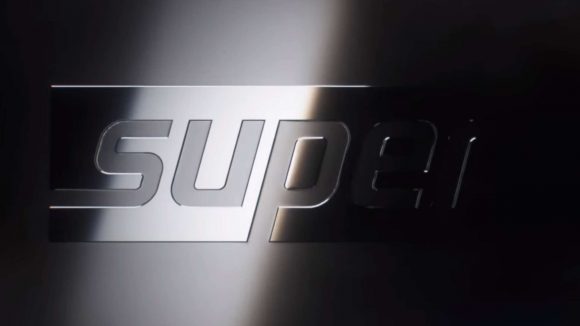 There is also recent speculation fresh from E3 that the RTX 2080 Super is going to be sporting a new version of the TU102 chip itself, offering more than the 2,944 CUDA cores it’s currently rocking but still with the $699 price tag.

We’re also expecting there to be new versions of the rest of Nvidia’s RTX 20-series cards too, facing down the upcoming AMD Navi competition from the RX 5700 XT and RX 5700. It looks for all the world that Nvidia is upping the core-counts and basically shifting each graphics card one up the stack.

Which just shows how seriously Nvidia is now taking its Radeon rivals.

The green team has wiggle-room, however. It priced its cards high in the first place, giving itself a lot space to move with regards to the shifting the final MSRP, but it’s also got maneuverability to offer more complete versions of its Turing GPUs in different parts of the stack. The interesting question will be how much room AMD has in its RX 5700-series margins to match Nvidia’s new pricing models.