It’s not unusual for Nvidia’s CEO, Jen-Hsun Huang, to be… shall we say… over-enthusiastic? But in yesterday’s earnings call about its Q3 financial results he’s been making quite the claims. Not just about the next-gen consoles having to “stutter-step and include ray tracing” because of Nvidia, but that Nvidia has just “created a brand-new game platform: notebook PC gaming.”

It’s a strong statement and does kinda deliver a bit of a kick in the crotch to any of his engineers who worked on the mobile iterations of GeForce GPUs in the past. I mean, Nvidia has been making mobile GeForce GPUs – y’know, for notebook gaming – since at least the year 2000. But they don’t count, says Jen-Hsun, they were too rubbish to be jammed into notebooks and called gaming PCs. Bit harsh. Okay, I’m paraphrasing a little there, but it’s not a million miles away from what he’s actually gone and said on record. Check it out…

“Notebook PC gaming really didn’t exist until Max-Q came along. And our second-generation Max-Q, this last season, really turbocharged this segment… This category never existed before because we couldn’t get the technology in there so that it’s both delightful to own as well as powerful to enjoy.”

Up until the GeForce 10-series, then, Nvidia’s gaming laptops have been neither ‘powerful to enjoy’ or ‘delightful to own.’ To be fair, there have been seriously powerful PC gaming notebooks in the past, able to deliver high frame rates in the latest games in a mobile form factor. So, I take issue at least with the power statement, but I’ve got to concede to Jen-Hsun on the ‘delightful to own’ part… gaming laptops have not historically been that. 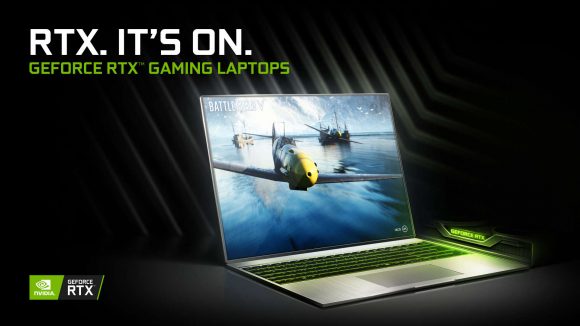 To pack in the sort of GPU power necessary to deliver decent PC gaming performance they’ve needed to be massive machines, with hefty internal cooling blocks (sometimes external cooling, eh, Asus?) and even then pretty much always ended up being too loud to be used in polite company. Certainly not the quiet carriage on a train.

That and they always needed to be plumbed into the mains, or else you’d get about 30 seconds of gaming before the battery drained away faster than beer piss down a urinal. They were always more desktop replacements than actual gaming laptops.

At least with the Max-Q initiative, using the same GPUs as their desktop counterparts, except with adjusted power demands to balance performance and efficiency, you can actually have a little more gaming time away from the plug. And it won’t necessarily sound like a A380 taking off every time you load up Red Dead Redemption 2. If you can load it up that is…

You can even get stunning little machines like the gorgeous new Razer Blade Stealth 13 GTX, arguably the first gaming ultrabook. 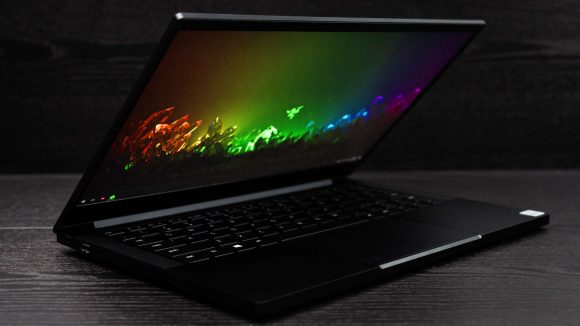 And these new PC gaming notebooks have been responsible for a large percentage of Nvidia’s bottom line in recent years too, most especially in China where things have otherwise been a little tricksy.

“Gaming is solid in China,” says Jen-Hsun, “and it is also the fastest adopter of our gaming notebooks… And so we saw really great success with RTX notebooks and GeForce notebooks in China, and RTX adoption has been fast.

“And my sense is that this is likely going to be the largest new gaming platform that emerges.”