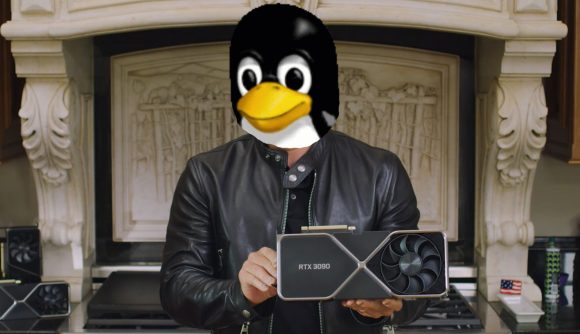 Nvidia GeForce GPU drivers on Linux are finally set to become open source, as the company has announced it will now publish kernel modules. While AMD is better known for openness when it comes to software, the green team has uploaded source code for its R515 drivers onto Github, facilitating a better experience for gaming PCs using the Unix-like operating system.

In an announcement blog post, the company says releasing open-source Nvidia GPU drivers will provide “tighter integration with the OS, and for developers to debug, integrate, and contribute back.” The graphics card giant also acknowledges that the Linux community will help improve driver “quality and security”, ultimately improving the performance of machines using the operating system with GeForce GPUs.

Touching on additional open-source Nvidia GPU driver benefits, the post says the move will speed up developer debugging, as they’ll be able to “trace into code paths” to interpret how the kernel is affecting workloads.

For Linux gamers, the news of open-source Nvidia GPU drivers is sure to be music to the ears, and it could eventually entice Windows 11 users to jump ship. After all, Linux-based alternatives like SteamOS are already proving their worth thanks to the Steam Deck, so there’s a chance we’ll see more gaming PCs using the software in the future.

Future GeForce: Here’s everything we know about the RTX 4090.

It’s also worth mentioning that if Nvidia continues with its open-source plans, it’ll likely make drivers for its RTX 4000 series GPU lineup available on its Open GPU Kernel Modules page. Whether or not this will help improve future experiences on Linux machines remains to be seen, but it’s definitely a big step towards tighter driver integration on the platform.