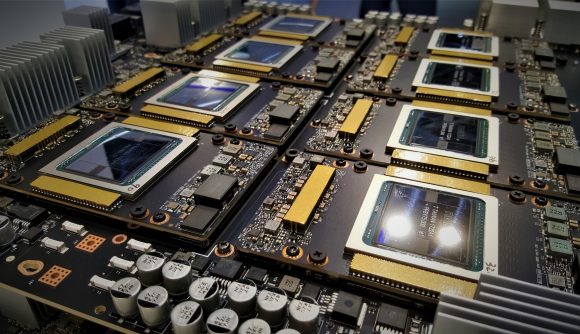 Whether Nvidia Ampere or Nvidia Hopper, the green team’s next-gen GPU silicon will reportedly deliver 70 – 75% greater performance than the current generation. That looks like a comparison with the Volta architecture, given that the source for the performance figures is referencing the extra computational chops the new GPUs offer in the supercomputer space.

The new next-gen chips have been confirmed as forming the second phase of the Big Red 200 Cray Shasta supercomputer now installed in Indiana University, and it’s going to see Nvidia dropping some serious GPU science on it this summer. Which all speaks to the rumours about Jen-Hsun Huang taking to the stage at GTC in March to divulge the intimate details of Nvidia’s next-gen architecture.

Originally Indiana University was going to be sticking a bunch of Volta-based V100 GPUs inside its new supercomputer, but “an opportunity presented itself to wait a bit longer and move up to Nvidia’s newer technology.” This slight delay means the cluster is going to deliver another two petaflops of performance, even though the institution is buying fewer next-gen GPUs than it would have done with Volta.

The report has come from The Next Platform (via Videocardz) and explains that the extra 70 – 75% performance of the next-gen chips means that Big Red 200 can have much greater processing power with fewer actual GPUs.

This is, however, still not confirmation that there are going to be any GeForce GPUs getting announced at GTC in March. The next-gen GPUs for the supercomputer world might purely be a follow up to the Volta architecture and Nvidia may stick to its two-tiered approach to gaming-focused graphics cards as it did with Turing. 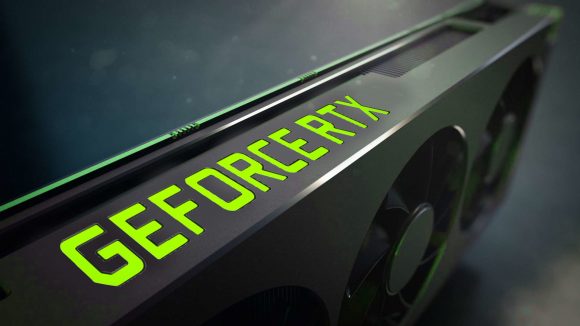 But there have been rumblings that Nvidia will be announcing a new graphics card at GTC and those have reportedly been coming from board partners, who usually don’t get involved with the big supercomputer GPU shenanigans. Quite what that will be we’re not sure, but it would be interesting to see a 7nm respin of the Turing architecture to go up against AMD’s Big Navi GPU.

An Nvidia GeForce RTX VII if you will…