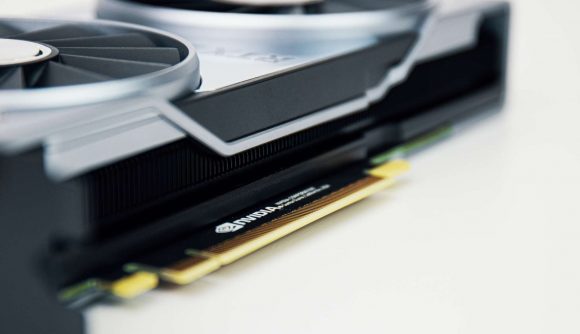 Nvidia has now officially announced that its next-gen 7nm graphics processors are going to be built on Samsung’s 7nm EUV node. Coinciding with the performance launch of the Nvidia RTX 2070 Super and GeForce RTX 2060 Super cards on the existing 12nm lithography, the green team’s Korean branch has confirmed the earlier speculation that the architecture to follow Turing will use Samsung’s extreme ultra violet fabs for its forthcoming GPUs.

Around a month ago a DigiTimes report cited market sources’ claims that the first Nvidia chips to get the Samsung 7nm node would be from the upcoming Ampere generation. But I’d still take the use of the rumoured GPU technology codename with a pinch of salt as no-one from Nvidia has yet let slip who the scientist it’s naming the next GPU architecture after will be.

But the announcement from Nvidia Korea is the first official word from the big green graphics card making machine that it is jumping on Samsung’s 7nm gravy train. Samsung itself had apparently touted Nvidia as one of its 7nm launch partners, which would peg a mid-2020 release date for the potential Ampere GPUs.

“It is meaningful that Samsung Electronics’ 7nm process would be used in manufacturing our next-generation GPU,” said Nvidia Korea’s Yoo Eung-joon via Chiphell. “Until recently, Samsung has been working really hard to secure (partners) for foundry cooperation.”

Read more: These are the best gaming headsets available today

Yoo also went on to say that the level of production on the table for its Samsung-powered next-gen chips would be “substantial.” That’s important because Samsung has been used by Nvidia to create some GPUs in the past, but only for limited runs of specific graphics chips. The 14nm GTX 1050, 1050 Ti, and GT 1030 were all manufactured by Samsung, but Nvidia relied on TSMC for its high-spec Pascal graphics cards, as well as the latest 12nm Turing GPUs. 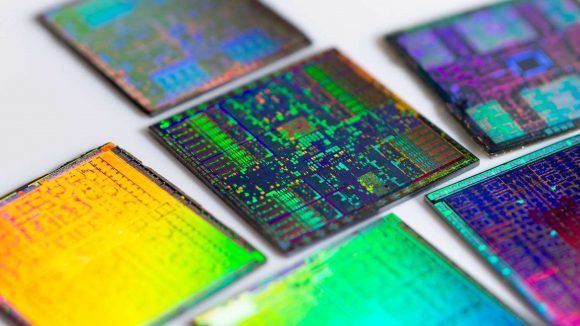 The Korean electronics giant is aiming to become the number one contract semiconductor manufacturer in the world, overtaking TSMC, but that is quite a mammoth task. But it is reportedly offering favourable discounts to entice customers over to its technology, so Nvidia could have had quite a good deal on its next-gen production.

So obviously that means the new Nvidia Ampere graphics cards coming next year will be super cheap, right? Of course…

But yes, Samsung has committed to sampling 7nm silicon to its partners by the end of this year making full volume production in mid-2020 a real possibility for Nvidia’s next generation of gaming graphics cards. And if the Navi 20 GPUs and Intel’s own Xe graphics cards launching in 2020 are able to increase the competition we could be set for a Mexican stand-off in the GPU market next year.

Can I say ‘Mexican stand-off?’ Apologies if not….