Activision Blizzard has requested for its games to be removed from Nvidia’s week-old GeForce Now game streaming service. Nvidia staff quietly confirmed the move on the GeForce forums yesterday (via VG247), with immediate effect. It’s not a great look for Nvidia only moment’s after launch – but could it also be telling of Activision Blizzard’s cloud ambitions?

Nvidia GeForce Now was released out of beta on February 4, 2020. Over the course of a week, Activision Blizzard has been in touch to request that its titles, available via the Battlenet app and beamed from the cloud, be removed from the service.

“As we take GeForce NOW to the next step in its evolution,” [email protected] writes on the GeForce forum, “we’ve worked with publishers to onboard a robust catalog of your PC games. This means continually adding new games, and on occasion, having to remove games – similar to other digital service providers. Per their request, please be advised Activision Blizzard games will be removed from the service. While unfortunate, we hope to work together with Activision Blizzard to reenable these games and more in the future.

“In addition to the hundreds of games currently supported, we have over 1,500 games that developers have asked to be on-boarded to the service. Look for weekly updates as to new games we are adding.” 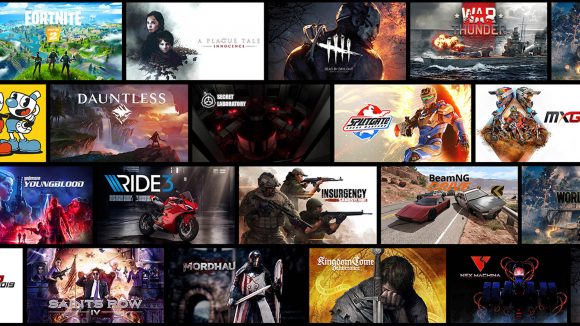 But where are Activision Blizzard’s games going? Potentially nowhere. There’s a good chance this is all just some T&Cs miscommunication and Nvidia’s launcher has overstepped its mark. The company does specifically draw the line at third-party cloud services in its EULA, but that’s not likely to have been overlooked by Nvidia in the run up to launch.

If it was an easy fix, we’d guess that Nvidia and Acti would’ve hashed it out before going public. It’s all a bit odd considering Nvidia would have surely communicated its plans with Acti way ahead of time – it’s had a year of beta to dot the i’s and cross the t’s, after all.

One of the major selling points of Nvidia’s whole service is taking your games with you, and it was already missing some major titles, such as Red Dead Redemption 2, prior to the loss of Acti’s catalogue. The high-profile departure has got to sting for team green.

But what if Activision Blizzard was pulling its games for its own streaming service? Bear with me as we take a spin around speculation corner. 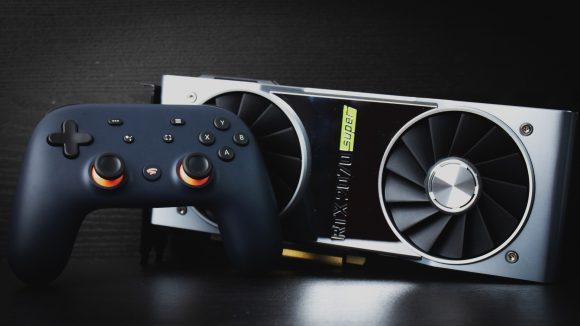 There are heaps of game streaming services available or incoming, from the likes of Google Stadia, GeForce Now, Blade Shadow, EA Project Atlas, and Microsoft Project xCloud. With some of its biggest competitors eyeing up the same space, it wouldn’t be all that surprising to see Activision Blizzard, a publisher keen on keeping its games in its own launcher, attempt its own cloud gaming platform.

Even Chinese mega-publisher Tencent is getting involved with its own streaming service, made possible with a little help from Intel. There’s plenty of opportunity for a little cross-pollination between the two intertwined companies, or for Acti-Bliz to venture alone with the help of a major tech company. Who wouldn’t want to help out a Fortune 500 company with a little cloud gaming tech?

We will likely never know exactly what went down behind the scenes to cause Activision Blizzard to pull its popular titles from Nvidia’s streaming service. It’s not a good sign for the industry as a whole, that’s for sure. With so many companies vying for game streaming right now, there’s a good chance we’ll have a Netflix vs. Amazon Prime vs. Disney Plus vs. whoever else situation before long, with major publishers playing services off one another for more cash per game.