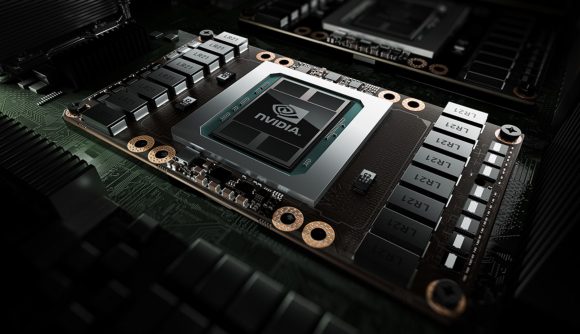 Cloud gaming is still in its infancy, and the teething process has led to a relatively tumultuous market, with Google most recently shutting down its first-party Stadia game studios. GeForce Now hasn’t had the best time of it, either, with publishers like Activision Blizzard, Bethesda, and 2K Games unexpectedly removing their titles from the service, but Nvidia’s sure it won’t make the same mistakes as its rivals.

It starts with ditching the timed exclusive approach and focusing on connecting gamers to their existing libraries, according to vice president and general manager of GeForce Now, Phil Eisler. Instead of buying a game on a single cloud platform where there’s still some latency, Nvidia’s service offers “the comfort of knowing that you can always download games and play them on a local PC.”

While Stadia requires commitment from developers to port their game over, Eisler tells us that GeForce Now uses the standard builds and it only takes the click of a button for Nvidia to add it to the collection.

There are also no incremental support costs for developers to keep their titles on the service because Nvidia is the one that makes the graphics cards powering the servers that stream the games to your device. No, these aren’t the ones you can’t get your hands on because of stock issues, these GPUs are specifically optimised for cloud computing and video encoding, but GeForce now can stand in for an RTX 3080 while you wait. 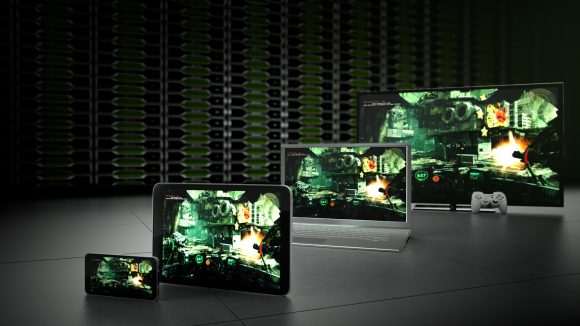 It’s no surprise that cloud gaming won’t beckon the end of the best gaming PCs and consoles as some originally thought – after all, its slow growth is similar to that of virtual reality – but Nvidia doesn’t believe it ever will, with Eisler calling it “complimentary.” The cloud is intended to be just another way to play, like PC and mobile, but with a more cross-platform approach.

“Cloud gaming also brings the opportunity to expand the gaming market by instantly making 1 billion underpowered PCs and other devices game-ready,” Eisler tells us. “It’s an opportunity to introduce hundreds of millions of people to PC gaming.”

It won’t come at the expense of dedicated gaming hardware, though, as Nvidia “will always produce GPUs for competitive gamers, gaming laptops, and build-your-own-computer enthusiasts.”