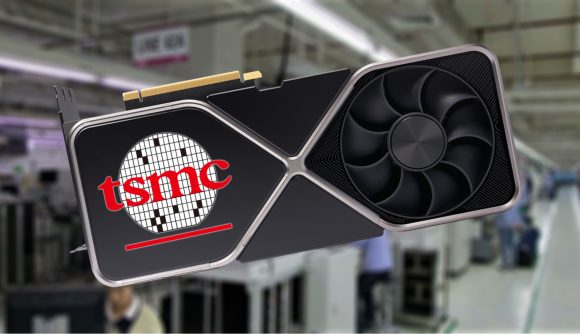 The next Nvidia GPU lineup won’t use Samsung parts, according to a report by Business Korea. Instead, the green team will make the Taiwan Semiconductor Manufacturing Company (TSMC) its sole supplier when it comes to its GeForce RTX 4000 fabrication.

The new Nvidia GPU architecture is set to use TSMC’s 4nm manufacturing process – a departure from Ampere’s custom 8nm nodes. While some of the best graphics cards like the upcoming GeForce RTX 3090 Ti use Samsung fabricated components, low production yields and manufacturing issues likely convinced the green team to make the switch.

Industry insiders believe TSMC will hold a monopoly over all Nvidia RTX GPU orders in 2022, and the switch marks a huge loss for Samsung as a foundry. However, things could get worse for the Korean tech giant still, as Qualcomm will reportedly also jump ship for its new 3nm nodes next year.

Ongoing component shortages have hit companies across the tech and gaming PC space hard, but it looks like TSMC will strike gold. That said, initiatives like the EU Chips Act should add more fabricators to the industry and make things a little more competitive, especially if more factories are capable of creating advanced process nodes.

Coveted cards: Check out the best graphics card in 2022

So, what does the big Nvidia switch to TSMC mean for consumers? Well, ditching Samsung might speed up the production of GeForce RTX 4000 GPUs, but the green team spent $10 billion USD to secure components. This means graphics card availability will surely increase, but we could see the production costs ultimately passed on to consumers.