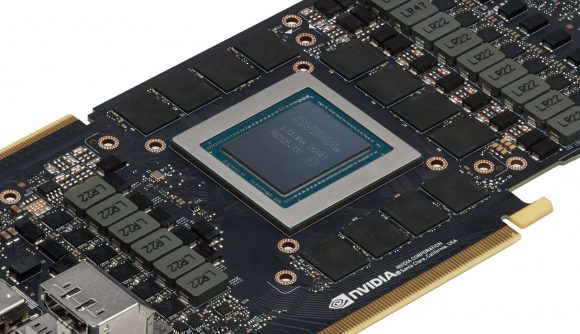 With AMD already set to launch both 7nm CPUs and GPUs this year – with its Zen 2 and Navi designs respectively – that might seem as though Nvidia is lagging behind on this one, but there are good reasons for Nvidia to hold off on the switch to 7nm, especially on the desktop.

The first being that the 7nm node is new. Super new. Brand, spanking new. When we’re talking about the sort of complex silicon going into today’s desktop processors and graphics cards this is new territory for the 7nm lithography. And pairing a new architecture with the first flush of a new technology is fraught with danger, and it’s something that has bitten Nvidia on the posterior in times past. When it introduced Fermi on the 40nm design we ended up with the hot mess that was the GTX 480, a card which it had to replace just eight months later.

The news has come from Japanese website Mynavi (via Expreview) in a report where it analyses the upcoming Samsung 7nm EUV process, claiming that Nvidia, along with IBM, will be launch partners for the new production process. It goes on to state that Samsung will be sampling products at the end of 2019, with actual production starting the following year, and that therefore means Nvidia’s next-gen GPUs would release in 2020.

Read more: Check out the best graphics cards of today

Nvidia hasn’t said anything about the upcoming 7nm process, but with the Turing GPU architecture using TSMC’s 12nm FinFET lithography it was expected that Nvidia could simply utilise the fab’s 7nm FinFET technology for its next-gen parts. This latest report, however, suggests a change in fab and perhaps strategy. 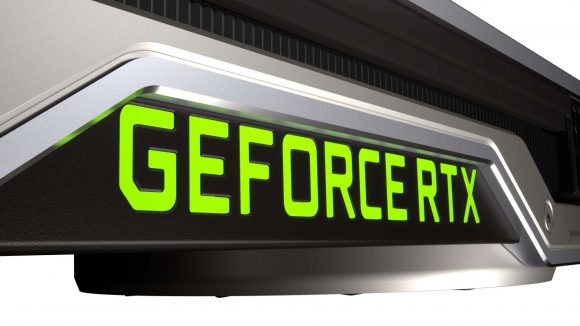 Given the high price of Nvidia’s current graphics silicon – to manufacture, not just for us poor gamers to buy – Jen-Hsun and co. will be looking for ways to reduce the cost. Switching to TSMC’s 7nm FinFET should reduce die-size and ideally therefore cost, but one of the biggest potential boons of the move to EUV production is the reduction in manufacturing costs. Moving from 12nm FinFET to 7nm EUV will then deliver the twin benefits of reducing die-size as well as lowering the production costs.

TSMC is also making the move to EUV production, and has confirmed it will start work on a 5nm EUV node sometime this year. But Nvidia has used Samsung as a fab before, for its 14nm GTX 1050 and GTX 1050 Ti cards, and it’s possible that in order to be one of the launch partners for Samsung’s 7nm EUV process Nvidia got a rather good deal.

With Nvidia’s 2019 likely to be taken up with filling out its 20-series Turing range, and potentially even introducing a budget-oriented 11-series lineup, we hadn’t really expected anything from the green team from a new architecture point of view this year. That leaves a potential 2020 7nm EUV GPU launch a pretty good bet.