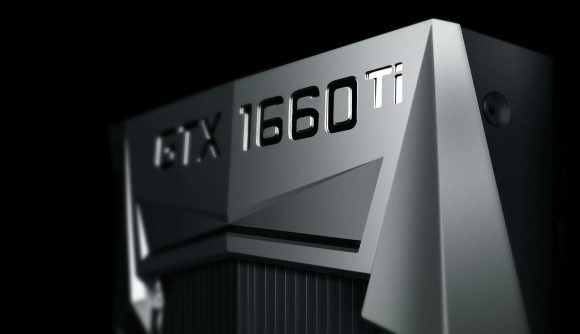 The received wisdom right now is that the upcoming Nvidia GTX 1660 Ti is simply a graphics card designed for traditional rasterised rendering and standard gaming performance. But a leaked screenshot of the new GeForce GPU, taken in AIDA64, seems to indicate there is still some RTX hardware lurking around inside the GTX 1660 Ti.

The image has been tweeted out showing the new Turing silicon sporting 192 Tensor Cores inside the TU116-A400 GPU. Everything else in the picture tallies with what has already been rumoured about the new mainstream graphics, so the fact that the AIDA64 software is also reporting Tensor Cores is kinda strange. There’s no mention of RT Cores, which isn’t a surprise, but if the software was simply misinterpreting the Turing architecture, and plucking numbers out of the ether to fill in the gaps, you’d maybe expect to see both RTX features listed.

Does this mean that there is the possibility for Nvidia to get its deep learning super sampling (DLSS) mojo working on the 16-series GPUs after all?

Realistically my gut says not, and that this is most likely a reporting error from the AIDA64 software, where it’s just getting the as-yet unreleased hardware wrong. Given that seemingly the whole point of the GTX 1660 Ti – even down to the deliberately NOT RTX naming scheme – is about traditional rendering without any of the latest Turing tricks, and for a mainstream audience, it would be odd for extraneous Tensor silicon to be included in the TU116 GPU.

Screen time: The best gaming monitors to go with your new GPU

The extra AI-focused silicon would add on an unnecessary expense into the manufacturing process, so I can’t see why the mainstream branch on the Turing tree would weigh itself down with the unwanted fruit of Tensor Cores. And yet there they are in the AIDA64 report.

From the leaked 3DMark benchmarks we’ve seen, however, the GTX 1660 Ti doesn’t look like it’s going to worry the RTX 2060 from a traditional rendering point of view.

The GTX 1660 Ti is reportedly launching before the weekend on February 22, so we won’t have long to wait to find out just how well the new mainstream Turing does perform, so come back and see us then to find out the scores on the doors.