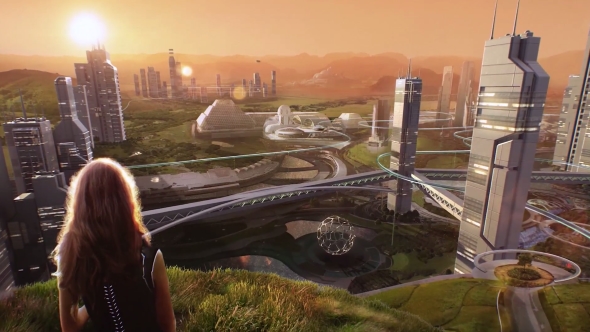 Are you the undisputed king of Rimworld? Did you perfect the art of colony building, protecting humanity from radiation, starvation, and alien incursion? If so, then Nvidia and HP want your help in designing a future Mars colony.

Read more: check out our guide to the best gaming monitors.

The graphics and computer tech giants launched their Mars Home Planet project at SIGGRAPH this week, asking designers, inventors and ‘imaginative problem solvers and technology enthusiasts’ to collaborate to create a vision of how we’ll live on the Red Planet. They’ll then create a VR experience based on these visions, utilising the terrain supplied by NASA and implemented in the Mars 2030 sim, to form the basis of their own virtual reality colony.

“Mars Home Planet is an HP and NVIDIA-led project to create a VR experience for humanity’s future on Mars,” Rick Champagne, head of awesome names at HP Z workstations, says. “Continuing our work with Technicolor, a leader in high-quality immersive experience, with the help of the world’s creative community, everyone on Earth will be able to experience what life on Mars might be like.”

The aim is to transform the dusty terrain into an ecology with cities, buildings, and infrastructure for an estimated 1,000,000 humans. And inevitably aliens. Obvs. Nvidia and HP will then present this collective vision as a VR “blueprint for the future” sometime in 2018. 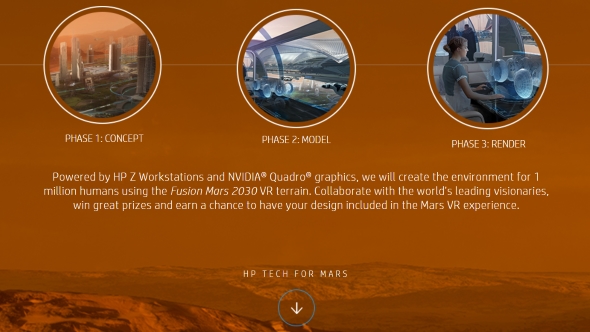 You can sign up to help out now, or just create a login so you can perve on what other people are looking to create.

Though I can’t help but think there are going to be some merry pranksters building and designing the infrastructure for the more nefarious side of humanity in there too… it could end up looking more like Mos Eisley than HP and Nvidia’s hoped-for utopian colony.