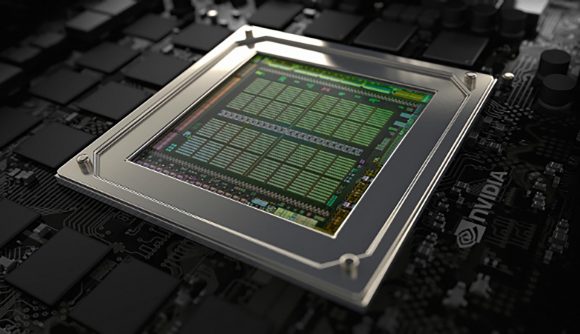 An entry level Turing GPU has reared its head on the Geekbench benchmarking database, potentially offering us our first glimpse of RTX 2050 (Ti) silicon. While we’re not sure exactly which card we’re looking at just yet, with 14 SMs, assumedly packed with 896 CUDA Cores, this could be our first sign of what’s to come for the latest generation’s budget TU107 GPU.

The unspecified GPU going by the name of ‘Graphics Device’ will feature 14 SMs and 4GB of memory. While those 14 SMs will surely harbour some configuration of the Turing architecture also found within the RTX 2080 Ti, RTX 2080, and RTX 2070, it seems unlikely for Nvidia to roll out the fastest GDDR6 memory standard akin to the high-end cards.

Nvidia is expected to launch mobile Turing and max-Q components at CES 2019 – alongside the RTX 2060 – with an eye to get product on the shelves sometime in the next few weeks. Since Intel’s i7 8750H was used for the run in question, this GPU is almost certainly a mobile SKU, too. However, a desktop card would likely feature the same config.

But with the RTX 2060 expected to just scrape the minimum requirement for real-time ray tracing, any entry-level card below it in the stack – be that an RTX 2050 Ti or GTX 1150 – will surely fall short of the necessary RT Cores and AI-processing tensor cores required to power the next-gen experience. 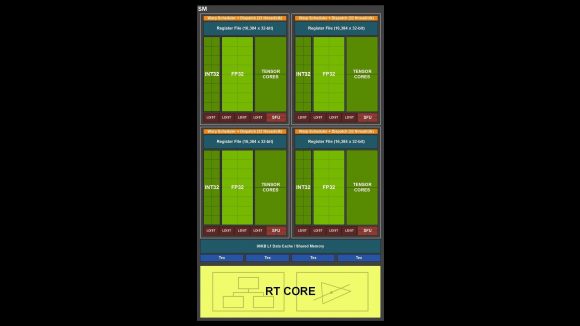 So far there are three configurations of the Turing die on the market: TU102, TU104, and TU106. The entry-level cards are expected to be rocking a TU107 GPU, but whether this die will feature any extra AI or RTX silicon is unknown. Without that extra circuitry, each individual SM on the die would be rather bare.

So maybe Nvidia will change up the blueprint a little for its budget die. After all, its current generation cards don’t come cheap and it will have to make up the margin someplace. This isn’t entirely without precedent either, the Pascal GP107 GPU was manufactured on an entirely different process node – Samsung’s 14nm – to other GPUs in that generation.

Read more: Here’s all you need to know about Nvidia Turing

As for actual scores, the benchmark results posted by TUM_APISAK show the unknown GPU managing a score of 114,206 in OpenCL performance tests. That’s a considerable bump to the 768 CUDA Core GTX 1050 Ti, which scores around 84,000, but falls far short of the RTX 2060, which scores 211,876 according to similarly leaked results.

We can expect to hear more from the green team at CES. During which Nvidia CEO Jen-Hsun Huang will take to the stage on January 6 at 8PM PST. That’s 4AM GMT for you Albion folks.