The successor to the current Pascal GPUs is rumoured to be well ahead of schedule because it’s sticking to the 16nm process.

Read more: check out our pick of the best gaming mice on the planet.

Nvidia’s Pascal-based, $1,200 GTX Titan X graphics card was only announced last Thursday and is almost ready for release… yet the rumours are already swirling about its impending obsolescence. In less than a year.

As you grow older, they say, time passes more and more rapidly. Nvidia’s Pascal GPU architecture must certainly be feeling that way as the cards based on its technology iterate ever faster. Every month since its birth into the consumer market has seen a brand new graphics card arrive, from GTX 1080 to 1070, the recently-released GTX 1060, and next week’s impending release of the new GTX Titan X behemoth. 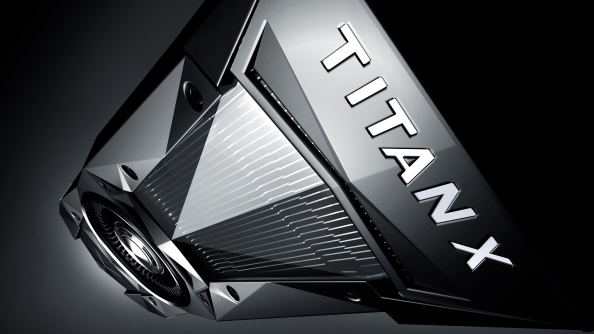 As we age we also become ever more aware of our own mortality, so spare a thought for dear ol’ Pascal as its journey to the grave looks to have been seriously accelerated.

There are reports doing the rounds that Nvidia will be unveiling their next GPU architecture, code-named Volta, at next year’s Graphics Technology Conference (GTC) in May. That’s a whole lot earlier than expected, as every roadmap we’ve seen for the last few years has pegged Volta for a 2018 release.

That would go some way to explaining the Pascal generation’s rapid product iteration, as Nvidia potentially rush to get a whole series of new graphics cards out of the door before the middle of next year. Certainly we’ve never seen Nvidia move this quickly on shipping a new generation of cards.

The basis for the rumour stems from Huang’s insistence on having a new GPU architecture to wax lyrical about, in his own effusive manner, every time he takes the stage at a new GTC event and on the rumour that Volta has been shifted to being built on the existing 16nm FinFET node the current Pascal GPUs are using.

Originally Volta was pegged to be their first 10nm FinFET architecture, but that lithography is nowhere near being ready to manufacture silicon as complex as a big graphics processor. With it being switched around to using an existing production process, and one that is increasingly mature, Nvidia will be able to move much more quickly on getting it ready for release. It also makes sense for them to use the current node for more than a single generation as the performance and efficiency improvements that stem from a more mature process can make for easy wins in the processor game. That’s the whole basis for Intel’s original Tick-Tock CPU release cadence.

But why would they need to be pushing Volta’s release ahead of schedule? There are a few reasons why this would make sense and most of them stem from increased competition from their rivals at AMD. First off, the inaugural, supercomputer P100 GPU aside, all of Pascal’s consumer parts have been released sporting either GDDR5 or GDDR5X for their memory components. One of Volta’s big claims, however, has long been the full integration of stacked memory, like the HBM2 Nvidia has used in its grown up Pascal-based Tesla core for data centres. 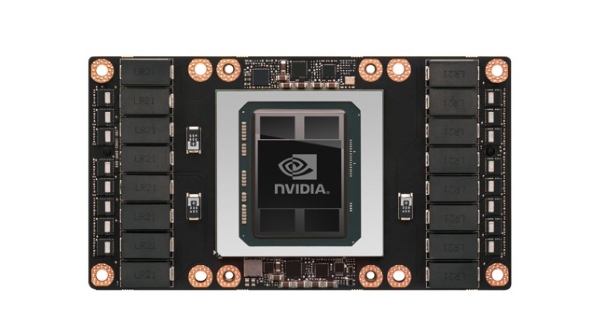 AMD’s high-end Vega GPU will also be making an appearance, potentially around the same time as GTC, next year. And that will come with stacked memory as well as all of AMD’s existing performance boosts for modern graphics APIs like DirectX 12 and Vulkan.

Which brings us on to the other potential reason for Nvidia needing to accelerate the release of the Volta GPU. Nvidia’s relative performance in modern APIs has not proven to be particularly spectacular with Pascal, and Nvidia’s engineering team will have been working hard to remedy that with Volta.

The rumoured unveiling of Volta at next year’s GTC event though obviously has to be taken with a pinch of salt. There’s also the potential that, even if true, these rumours may have been misinterpreted at source. The Volta announcement may not be linked to consumer variants of the new GPU architecture, but may instead relate to the expected inclusion of Volta GPUs inside a pair of new supercomputers that were always meant to be seen in 2017.

Still, even if Volta-based Tesla units designed for supercomputing are announced at GTC in May (like the Pascal-based ones were at GTC this year) then it could still mean we see a GV104-based GTX 1180 appearing much earlier than expected.