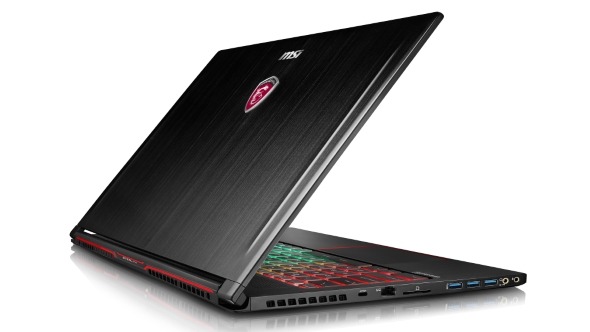 Nvidia’s new Max-Q design for laptops is creating some seriously sleek, powerful gaming machines. But, while a lot has been said about how thin they are, it’s the acoustic performance which is arguably more defining and the new WhisperMode is going to make them even quieter.

Max-Q is making laptop GPUs great again, but what’s the best graphics card on the desktop? Allow us to delight and inform…

Nvidia have been at pains to explain their new Max-Q initiative isn’t about creating a new Ultrabook standard, isn’t about forcing laptop manufacturers into restrictive size or thickness constraints. I’ve seen Max-Q designs going from 15mm up to the 23mm of Gigabyte’s chunky Aorus X5 MD. 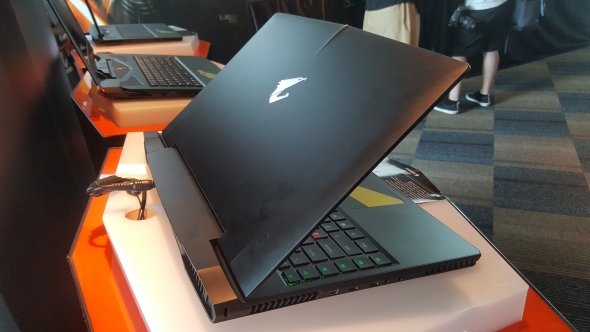 The only actual restriction Nvidia are putting into the Max-Q certification is on the noise level. When plugged in they need to be restrained enough to stay below the 40dB threshold. That’s about the same ambient noise level as a library.

That does mean it’s still audible, though doesn’t necessarily make for an altogether unpleasant experience. But that’s still not enough for Nvidia’s engineers, they wanted the ability to game even quieter and WhisperMode is going to offer that.

The best bit, though, is that while everything else to do with Max-Q is restricted to the new mobile graphics cards coming to laptops on June 27, WhisperMode is going to be available on every Pascal-powered Nvidia laptop on the market today. Presumably, when Max-Q machines go live at the end of June, a GeForce Experience update will appear to bring WhisperMode to all 10-series notebooks.

So what does it do? I’ll leave that to the silken-voiced Gaurav Agarwal (seriously, I could listen to that guy talk all day) to explain.

“It’s founded on two principles,” Agarwal said to me at Computex last week. “It’s making a plugged-in laptop run quieter by adjusting graphics settings and adjusting frame caps, but there’s a lot of intelligence built into how we pick the frame cap and how we pick the settings.” 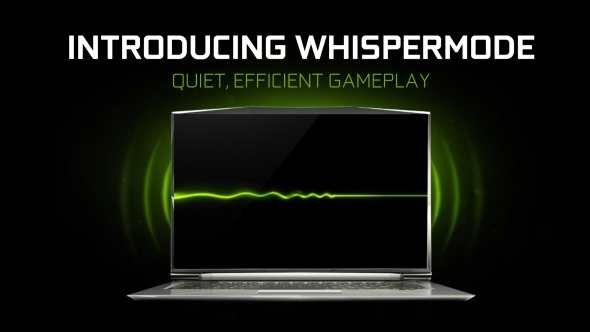 Where the Max-Q certification is for 40dB, WhisperMode is able to cut that even more, down to around 32dB with the sexy Asus Zephyrus. Because sound pressure scales logarithmically that’s actually around half the perceived sound as 40dB making it significantly quieter.

If the mechanics of Nvidia’s WhisperMode sounds familiar it’s because it’s not that different from the Battery Boost feature they introduced to GeForce Experience a while back. That was designed to maximise gaming battery life by adjusting key game settings to not be so energy-sapping.

“The underlying mechanics of Battery Boost is not that different to what we’re doing with Whisper Mode,” said Agarwal, “but there are some important differences… A very easy way to implement WhisperMode is you just turn everything down, but that’s not the point. We want to have a quiet experience without killing the gameplay.”

To that end, it’s not running on the same 30fps frame cap Battery Boost operates with, but lets games like Overwatch – games that are easy for the GPU to render – to be capped at 60fps. More demanding games, like The Witcher 3, are given a 40fps cap. Nvidia have profiled over 400 different games for WhisperMode, giving them more power efficient game settings and allocating the frame cap depending on how demanding they are.

“We are Nvidia, right, we know which games are easy to render and which are not.” 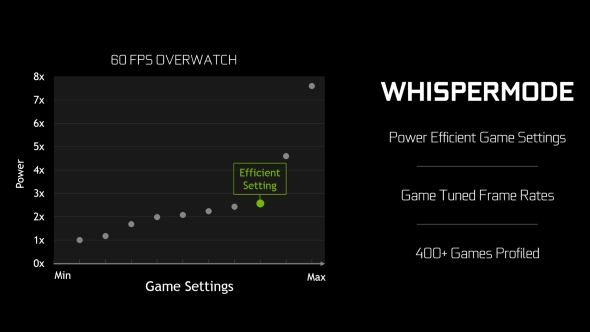 The reason this works is there is a clear point where pushing the settings any further starts to bring quickly diminishing returns. “The relationship between power and settings is not linear,” explained Agarwal, “there’s a break-point.”

You can see from the Overwatch example above that hitting 60fps with Overwatch on max settings takes a huge amount more power than it does just a couple rungs down the settings ladder. It also shows you can essentially get all the pretties while using almost the same level of power – that’s where the game and machine are working in harmony at their most efficient.

WhisperMode is perfect for games that aren’t really using the full power of your GPU. And yet, because you’re plugged into the wall and the greedy graphics card just wants to run as fast as its little fans will allow, it would otherwise be unnecessarily loud. At 1080p, with a GTX 1060 or above, you’re easily going to top 60fps on Overwatch, and any frames above the 60fps mark can be happily sacrificed in the name of the sound of silence. 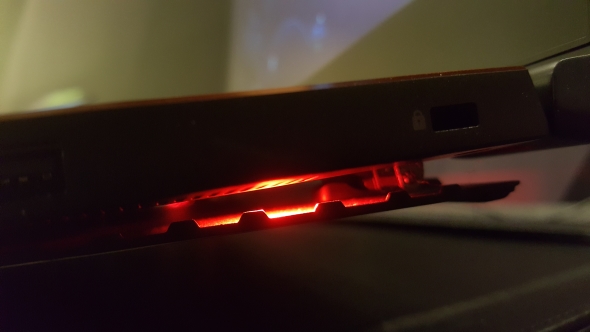 And it genuinely makes a big difference to the sound levels. Playing Overwatch on the sleek, but powerful, Asus Zephyrus I could barely hear the fans over the still-relatively-meek speakers it uses, or over the enthusiastic air-conditioning used to deal with the 35°C temperatures outside that morning. I had to lean in close to the ROG laptop’s neat, deployable exhaust to hear anything fan-related at all.

Whether WhisperMode is going to be as effective at keeping noise levels down on non Max-Q 10-series gaming laptops, I don’t know. They’re not as tuned for efficiency as their new Max-Q brethren, but the correlation between game settings and power draw will remain, as will that break-point.