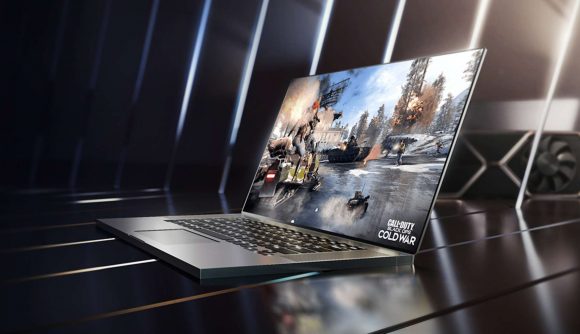 After months of speculation, Nvidia has finally announced its latest expansion to the Ampere range, with two new RTX 3050 and RTX 3050 Ti GPUs destined for laptops. These target the entry-level market, gaming at 1080p resolution and 60fps in the best PC games with the graphics set to high. Some models even boast higher refresh rates than the best gaming monitor, so you can boost fps in less demanding titles such as Rainbow Six Siege.

Nvidia claims that the new budget graphics cards will see double the performance of previous generation equivalent GPUs with DLSS enabled, and they’re even capable of ray tracing if you don’t mind tinkering with the settings a bit. However, you won’t find these impressive budget models on our best graphics card guide just yet, as there’s no sign of desktop variations in the pipeline.

Nvidia showcased the RTX 3050 Ti running at 1080p in a number of titles. Call of Duty: Warzone hovered around the 70fps mark at full HD with the graphical options set to maximum, increasing to around 90-100fps with DLSS and ray tracing enabled.

Similar performance boosts were also flaunted in Outriders and Fortnite with the two features activated. 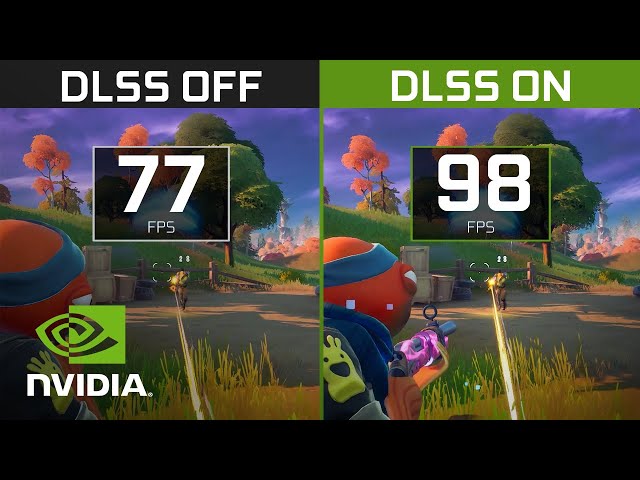 Comparing the RTX 3050 Ti to the previous generation’s GTX 1650 Ti, there’s a significant improvement seen in many titles, with fps almost doubled in Warzone with DLSS enabled at medium settings. Nvidia’s graph doesn’t show the performance of the cheaper RTX 3050, but you can expect it to still beat the GTX 1650 Ti. 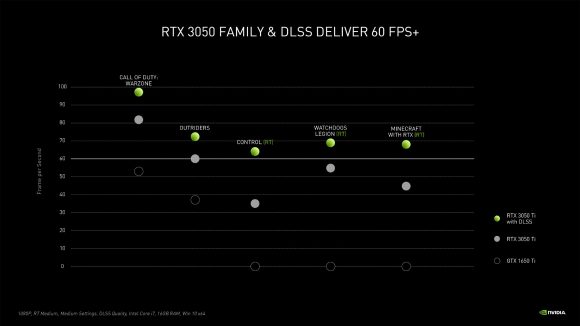 RTX 3050 and 3050 Ti gaming laptops start at $799, and have every chance of becoming the best gaming laptop on a budget so long as stock isn’t an issue. It’s always best taking Nvidia’s internal tests with a pinch of salt until we see independent benchmarks, though.