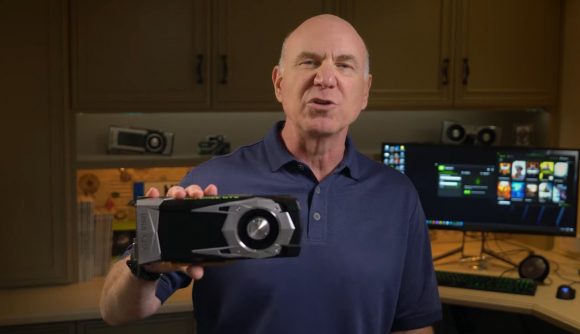 Nvidia gave us quite the treat this CES, not only taking to the digital stage to announce its mobile RTX 30 series graphics cards, but also expand its desktop line-up with the long-awaited and much-rumoured RTX 3060 starting at $329.

According to Nvidia’s internal testing, it doesn’t quite achieve the same performance jumps as its bigger brothers when pitted against the previous generation, angling itself as a GTX 1060 replacement instead. The green team’s thought process is that the GTX 1060 is still the most popular graphics card according to Steam’s December 2020 hardware survey, and it wants to give a good reason to upgrade with twice the raster performance and ten times the ray tracing performance – although we doubt many people are using their GTX cards for ray tracing.

As expected, you’ll find 12GB of GDDR6 memory under the hood, which might raise an eyebrow being four gigabytes more than the RTX 3060 Ti. It also has a slightly higher boost clock with 1.78GHz under its belt. Unlike the Ti variant, however, it has a smaller memory interface width at 192-bit, significantly less CUDA cores, dropping from 4,864 to 3,584. The jury’s still out on how they stack up against one another, however, as specs sheets are world’s apart from hands-on testing, but there’s every chance the newcomer could place on our list of best graphics cards.

The arrival of the RTX 3060 brings with it Resizable BAR support, allowing the CPU and GPU to communicate more effectively by granting direct access to the entire frame buffer and enacting requests concurrently rather than queuing them up. This aims to boost fps and give a smoother gaming performance. 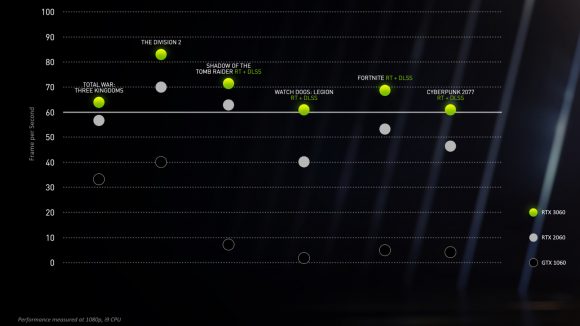 We first saw this feature teased from the red team, which stated you must have a Ryzen 5000 series CPU and Radeon RX 6000 graphics card to make use of it. Now, Nvidia aims to roll support out across all RTX 30 series graphics cards starting in March, but you must have a compatible motherboard and driver for it to work.

There doesn’t seem to be a direct limitation on what CPUs can get in on the action, but since motherboard compatibility is a dicey subject, it’s likely only select Intel and AMD processors currently on the market. We’ve asked Nvidia for clarification.

The Game Ready Driver supporting the Resizable BAR feature arrives alongside the RTX 3060 in late February.