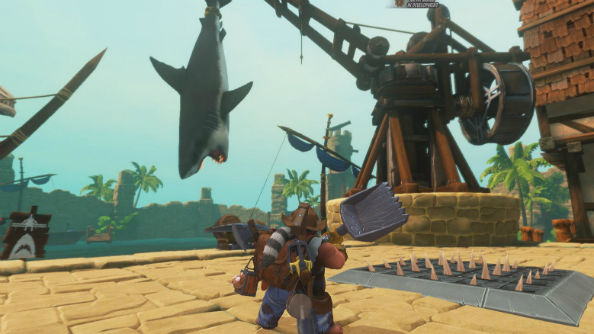 The simple joy of watching a floor-mounted springboard catapult countless hapless greenskins into a bottomless chasm is largely what the Orcs Must Die! franchise has built its success upon. That, and a hugely addictive and chaotic mash-up of tower defense strategy and third-person shooter gameplay. So, it’s just as well that the series’ third entry is finally in our hands in the form of an open beta – and unfortunately for orcs, it’s better than ever.

In terms of content, Orcs Must Die! Unchained adds a bounty of maps, heroes and traps that ensure crushing, smashing, impaling, propelling, igniting and slicing orcs remains as compelling as ever. While you’ll still be firing projectiles at crowds of enemies and laying traps, the changes in damage types and the unique abilities of each character go some way towards bringing the combat of Orcs Must Die! Unchained in line with that of a quality MOBA; something that’s reflected in the selection of heroes who will eventually make it into the game. 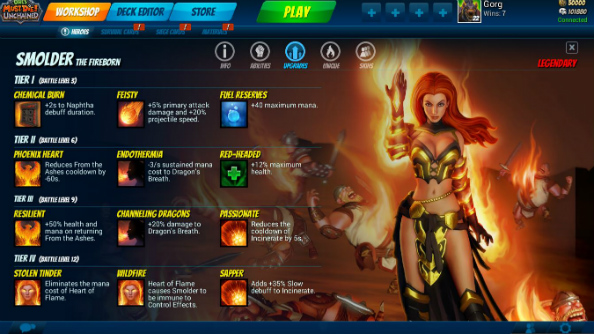 New heroes like the defender mage Smolder – there’s a hint at how she deals damage – bring some much needed variety to the core gameplay, with flamethrower attacks and the ability to set any enemy touches on fire making her an excellent defensive choice.

Co-op, easily the most popular part of Orcs Must Die! 2, has been given a sizable boost, bringing the number of orc-slayers in a game up from two to five. Placing traps in conjunction with teammates and making sure players are manning every orc entry is never too demanding, but the the slightest mistake or lapse of concentration can lead to an overrun corridor or a fallen comrade-in-orc-butchery. The easy nature of the initial few rounds is deceptive, and by the later stages of any map it’s easy to find your entire team staging a last-ditch attempt to stop the orcish onslaught – the panic and chaos that results from forgetting to guard one route is still very much intact. 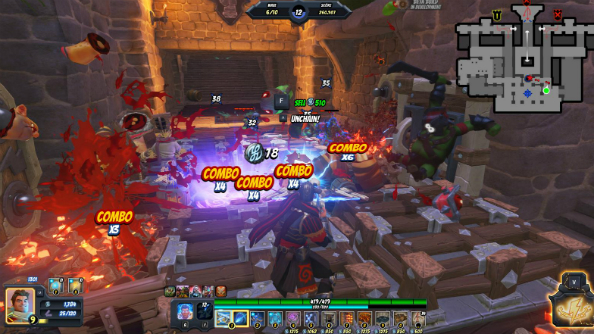 The confirmation that Robot Entertainment are placing an increased emphasis on PvE will be welcome news to fans of the franchise, many of whom expressed disappointment upon the developer’s initial focus on PvP. From what I’ve played of the game, the classic Orcs Must Die! gameplay is not only intact, but massively expanded upon, with levelling systems, crafting mechanics and an impressive roster of heroes taking the game well beyond its previous installments in terms of replayability, strategy and gameplay variation.

You can try Orcs Must Die! Unchained out now by downloading the game and signing up to the open beta on the official website.

Looking forward to some orc culling? Let us know in the comments below.