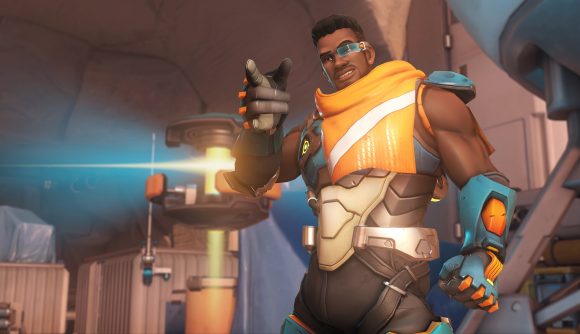 We now know what Baptiste and Sombra will look like in Overwatch 2. Game director Aaron Keller showed up during Geoff Keighley’s Summer Game Fest to show what the two heroes will look up in the follow-up to Overwatch.

Baptise is ditching the orange parts of his kit and is going for a blue and white look now. He’s also got a new haircut for the occasion, as is appropriate, we suppose. We don’t see him do much in the clip, but he does show off some dance moves and throws out his healing drone. Next up, we’ve got Sombra. She’s still rocking her purple colour scheme, but the bluer parts of her kit glow in the dark, which is cool but perhaps tricky if you’re trying to sneak up on someone in-game.

Blizzard has been slowly rolling out how Overwatch 2’s characters will look, but more recently, they also dipped into how they’ll play. For example, Bastion is getting a rework that could make him more mobile in sentry mode. Blizzard is still tweaking things, so hold tight to see how Bastion will turn out.

You can catch the new Sombra and Baptiste below:

Baptiste and Sombra get new threads in #Overwatch2 pic.twitter.com/ZVkqQfUgy0

For the full E3 schedule, you know where to click.