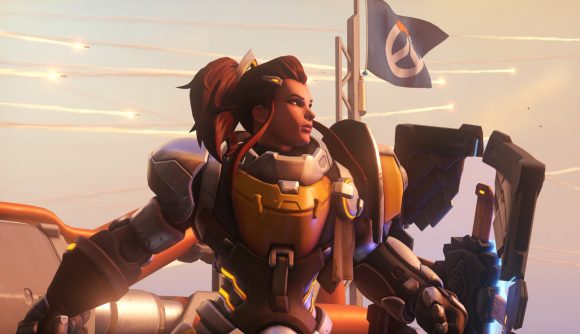 The Overwatch Anniversary 2020 event release date is here, and it’s now gone live in-game. Blizzard’s been revealing nuggets of information about some goodies the team-based FPS game’s fourth birthday celebrations will bring on its official Twitter channel this week, and now it’s time to dive into the fun.

In a tweet posted yesterday (May 18), Blizzard confirmed the Overwatch Anniversary event’s release date, along with a brand-new, nautical-themed super skin for Wrecking Ball. “Let this one sink in,” the tweet hints with a pun and a suitably sailor-themed anchor emoji. “Dive into battle as Submarine Wrecking Ball (Legendary)! Overwatch Anniversary begins May 19.” There’s a clip of the Legendary skin – the fifth revealed for the event so far – which transforms Hammond’s contraption into a seaworthy vessel, with a hatch on top.

Hammond himself even gets a makeover, with a blue captain’s suit and hat, and even a very distinguished moustache. Maybe he’s looking to become the first salty sea-hamster.

The tweet also confirms the event’s end date: it runs from May 19 through June 9.

Let this one sink in. ⚓️

Other details we know about the event include “new rewards” and the chance to “relive your favourite seasonal brawls”, as well as Dragoon Mercy, Huitzilopochtli Zenyatta, Masquerade Reaper, and Little Red Ashe Legendary Hero skins. You’ll be able to scoop these up via Anniversary loot boxes or purchase with credits.

Earn new rewards and relive your favorite seasonal brawls in the Overwatch Anniversary event. The party starts on May 19. pic.twitter.com/baX9j10h8A

There are also three Epic rarity skins in store for the event, accoriding to the latest patch notes. All you have to do is win nine games each week while it’s live. Week one will offer Carbon Fiber Sigma, Week two has Fleur de Lis Widowmaker, and the final third week has got Masked Man McCree on offer.

As with previous Anniversary events, you’ll also get the chance to scoop items from past events using in-game credits or opening loot boxes. “Relive the thrill of previous seasonal brawls in the Arcade,” the notes announces, “with a brawl of the day rotating throughout the Anniversary celebration.”