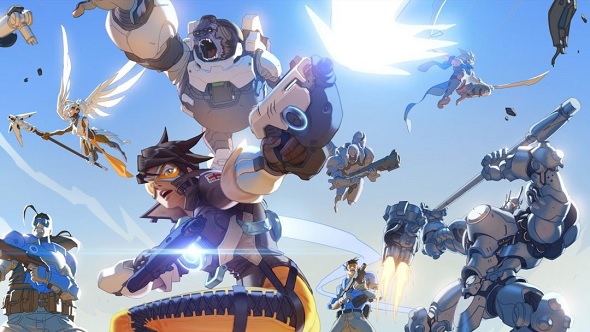 Blizzard’s unannounced first-person game is a shooter with a focus on PvP gameplay. That’s the clear implication of a new job posting for a senior/principal game designer, which went up last night on Blizzard’s website.

As well as their new shooter, Blizzard have been expanding the Diablo team.

The listing says that Blizzard are “looking for a talented and experienced Senior or Principal Designer” to develop weapons and abilities “in action or first-person shooter games.” It goes on to ask for an “absolute passion for playing and creating PvP game experiences.”

The listing also mentions the existence of player abilities, units, and multiple game modes. These could apply to more or less anything, but at this point a decent guess is a StarCraft shooter – StarCraft 2’s director, Dustin Browder, moved from Heroes of the Storm to work as the director of this project. That said, it could be a completely new IP.

Blizzard first started hiring for this project in November 2016, sending fans into a frenzy of speculation. At the time, we didn’t know it would have a PvP focus, so an Overwatch campaign, or a StarCraft PvE shooter, emerged as the lead theories. This PvP focus seemingly puts the kibosh on either of those, and of course it’s far too early for Overwatch 2, especially with the Overwatch League just having launched.

Fans are now suggesting one of two things – either a tactical FPS in the vein of Rainbow Six Siege, or a larger-scale Battlefield-style game. Given the success of PUBG and Fortnite, as well as rumours around the next Battlefield and COD games, it’s also not impossible that the game will at least include a battle royale mode.

Since November 2016, Blizzard brought on four artists for the game last August. Given that this is the first we’ve heard from the game since then, whatever this new game is could be a decent way off yet. We’ll update when we know more.