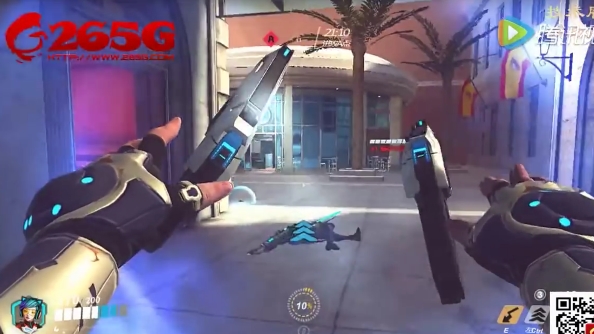 Update 16 Jun, 2016: A translation on Reddit has indicated that League of Titans is never intended to release, it’s simply a tech demo for a new piece of software.

Turns out the Overwatch rip-off that looked decidedly past the point of reasonable copy, even for legendarily copyright-shy China, wasn’t a game at all, but a tech demo. At least, that’s what a translation of an official statement by a producer.

Want a quality shooter that won’t make you sick and kill you? Try one of thebest FPS gameson PC.

Translated on Reddit, the producer says that “When the real game come out, you will see nothing relevant to Blizzard’s design element. We show the video to prove our browser game design techniques and want to find someone cooperating with us on a similar game on web page.” They also clarify that what is being demo’d is actually a web game, and they wanted to show how Blizzard’s game design could be used in that space.

Have a look at the full translation here, or the original interview if you can read Chinese.

Here’s the original trailer if you missed it:

Original story 14 Jun, 2016:If you want to be momentarily lost for words, watch the trailer for League of Titans. It’s a new Chinese FPS game featuring a very, very familiar set of characters. Yup: they’ve ripped off Overwatch like no one was watching.

We’d seen some artwork for League of Titans a few weeks ago, but the trailer really shows off just how deep the plagiarism goes. Many of the Overwatch cast have been copied to such an extent you have to ask if the developer somehow ripped the model files from Blizzard’s game and imported them into their engine. Characters like Tracer and Widowmaker are practically identical, even down to the way they move when doing signature abilities.

Below is the embedded video, although you’re now too late to behold the shameless spectacle as Activision have sent their lawyers after it.

Elsewhere there are minor changes; Reinhardt uses an axe rather than a hammer, and has a slightly more eastern vibe to his design. Pharah is almost identical in regards to her armour and rocket launcher, but it appears she’s now a dude. Reaper looks like he’s spent a holiday weekend in a Death Wish manga, but he’s still rocking that ghostwalk-style ability.

While the game’s framerate is abysmal and the effects are dreadful, the audacity of the clone is remarkable. The developer has even used the same icons for every character, albeit the Shift and E abilities are displayed the opposite way around on the HUD. But check out those Ultimate icons in the middle of the screen: they’re just plain robbed from the original.

The maps are less blatant copies, but you can still tell exactly what they’re based on. The majority of the trailer takes part in Titans’ version of Hanamura, with its Japanese-influenced architecture.

I’d say there’s no way this could make it to market, but that would only be true in the west, where copyright law would be dropping hammers all over it. But China is well known for it’s rip-offs and piracy markets, so it wouldn’t surprise me if this lives on with no hassle at all.