Blizzard, for as long as I can remember, has had to continually adjust Overwatch‘s meta. Long-time fans will remember dive comp or triple tank, and shield meta, which is perhaps the most recent and notable team composition. Recent nerfs to shields, at least in part, helped get rid of the powerful shield meta, but as with all nerfs and buffs to Overwatch’s heroes, players go away, rethink, and come back with a new meta to work around.

Despite Blizzard’s best efforts, players keep finding ways to make new metas which are comparatively unbeatable. Competitive Overwatch revolves around a handful of top tier heroes and players constantly adapt to Blizzard’s patches. But today it has been revealed that this will all change. With the announcement of Hero Pools, stagnant metas could be a thing of the past as Blizzard will get to ban your favourite compositions whenever it likes.

Within the past couple of months rumours of hero bans emerged – a Siege-like system where each team could ban the other from using a handful of heroes. The community discussed it at length, becoming a little frantic, before Overwatch’s director Jeff Kaplan came forward with a statement quashing hero ban rumours.  In the same statement, he revealed that there were changes coming, but we’d hear more about them at a later date.

And here we are. With Overwatch update 1.45 introducing Hero Pools, Blizzard’s design team will pick a pool of heroes that teams can choose from each week in Competitive Play. This achieves a couple of things.

This could prevent Mercy-Pharah combos some weeks, and Orisa-Sigma combos the next

Firstly, no more one-tricks. Everyone who plays Overwatch has experienced a game like this. The game starts up, you notice the opposite player with the name of a hero like Reaper, and then, surprise surprise, they pick Reaper. This Reaper then proceeds to kick your ass, with their almost exclusively Reaper-hours account. This player is a one-trick. They have no interest in playing anyone else, but they’re so good at that character, why would they want to play anyone else?

A Hero Pool could limit the number of occurrences like this. If a one trick’s hero is blocked out for a period, they’re either forced to play non-competitive games or pick someone else. This could ease the frustration of a large group of other players, but it also might upset a small number of one-tricks once implemented. 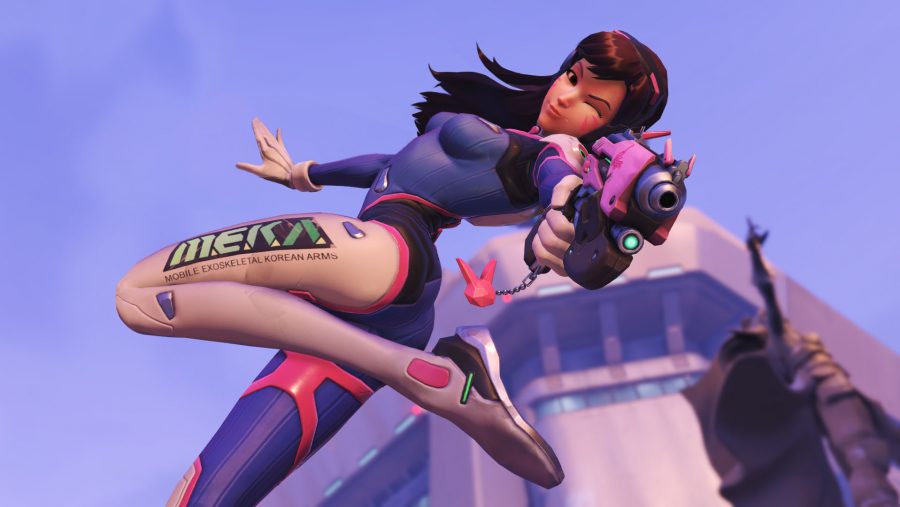 Secondly, like I said, the meta will now not be stagnant. Before, when metas became apparent, Blizzard would have to go sit in a dark room for a couple weeks, pondering how to fix a problem they accidentally created by nerfing X or buffing Y, in the process creating one meta to rule them all. The team come back, fix it, and then the cycle repeats. It’s like shooting yourself in the foot and then coming to the conclusion that shooting your other foot will even it out.

A hero pool, however, may prevent Mercy-Pharah combos some weeks, and Orisa-Sigma combos the next. It could stop players having both a Widow and a Hanzo on a team. Depending on what is becoming a meta, Blizzard has the power to quickly prevent a top-tier meta making it into every game, buying the team time to sit in that dark room and think about future changes undisturbed.

The Hero Pool could fix it, it could fix everything. It could fix Overwatch. And the fact that the pools will not be random, but curated by Blizzard, means we shouldn’t ever end up with a situation where teams are left without long-distance characters or any shields etc.

How will this affect the Overwatch League? We don’t know yet, that information is coming at a later date. Will the Hero Pools last forever? We don’t know either – this could be a one-season experiment never to be seen again. All we do know is that this is a big mark in Overwatch’s history, for better or worse, and I’m looking forward to seeing how Competitive reacts.