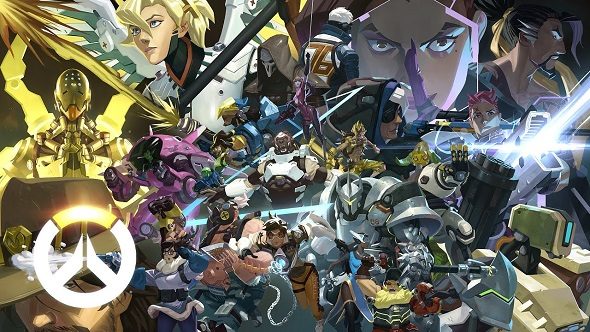 The Overwatch social accounts are releasing teaser after teaser in the runup to the one-year anniversary celebrations. They’re due today at 4pm UK, 8am Pacific according to a PlayStation leak.

Meanwhile, why not check out the latest Overwatch patch to stay up to date?

You heard it. We’re getting dance emotes, and they’re hilarious. It’s a party and everyone is invited – even Reaper is getting a little foot tap going.

There’s a unique dance emote for every hero in the roster, from a Widowmaker ballet to a Bastion robo boogie. You can check them all out on PlayOverwatch.

Three new Arena maps – such as Ecopoint Antarctica – have arrived in Overwatch for the Anniversary event, playable from the Arcade. These maps will stick around after the event and they will also be playable in Custom games.

This map takes place in the ground outsideEichwalde castle, sandwiched between the location of The Last Bastion and The Battle ofEichwalde. The map features a quick shortcut to the enemy spawn.

This one takes place outside of the Temple of Anubis during nighttime. Blizzard say this one’s packed with little hints at the Overwatch lore, particularly for Ana. The centrepiece of this map is a pit that allows for some aerial showboating.

A fort looking out over Dorado, this map features a circular design that gives battles a circular flow. It’s also where Sombra’s hacking den is.