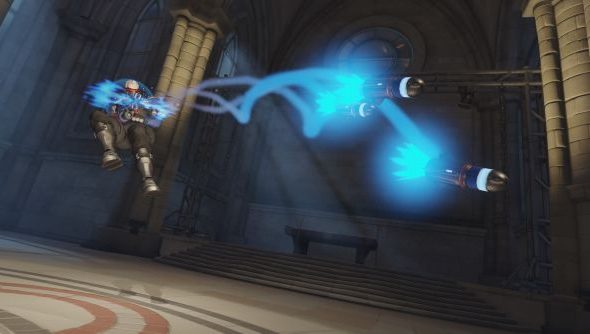 Jeff Kaplan continues his trend of posting development updates on the forums that are longer than most articles. In a massive thread just a few hours ago, the Overwatch game director responded to criticism of the current competitive play system present on the public test region. In it he outlines short term changes they’re planning on making before it goes live in the next big patch, and how they’d like to change the system in the long term to address more specific concerns.

Want to know what’s coming next for the game? Here’s all the info we have on new Overwatch characters.

The immediate changes being made, to help address the amount of times games reach the Sudden Death phase – i.e. how often they result in a tie after normal play – are to lower how long teams have to attack.

The theory is that this should lead to less Sudden Deaths as slightly weaker teams against stronger teams won’t be able to capture points without that extra minute of play time. It also means more games in general, which everyone is in for.

However, there are more serious complaints about Sudden Death that this doesn’t address, as Kaplan notes. This is specifically down to the way Sudden Death plays out on asymmetrical maps, where a coin flip decides which team attacks and which defends for a final attempt to capture a point or push an objective, if they beat each other to a standstill in normal play. The community, at least the vocal part of it, widely believes that this is too luck based, as maps naturally favour either the attacker or defender. Kaplan says that while this is true, the problem isn’t as big as it’s made out to be – however, he appreciates that those invested in competitive play aren’t happy with it as a decider whatsoever.

So the longer term plan is two-fold. First, Blizzard want to add a ‘time bank’ system into Hybrid and Payload maps that should result in less Sudden Deaths overall. It means that after the first round, assuming both teams pushed the cart to the end of the map, the game will restart with however much remaining time each team had on the clock. Use your time more effectively than your opponent, pushing the cart further, and you win. This should drop Sudden Death chances from the current 20-29% of the time in Hybrid maps down to more acceptable levels – Blizzard look to be aiming for under 10%.

Past that, they want to remove Sudden Death all together. Their thinking right now is that, assuming the number of times a match doesn’t reach a satisfactory conclusion goes down under the time bank rules, they will have it end as a draw. The challenge is to find a way for that to still feel rewarding for players, which is what they’re working on, and if they can’t they’ll go for another solution. 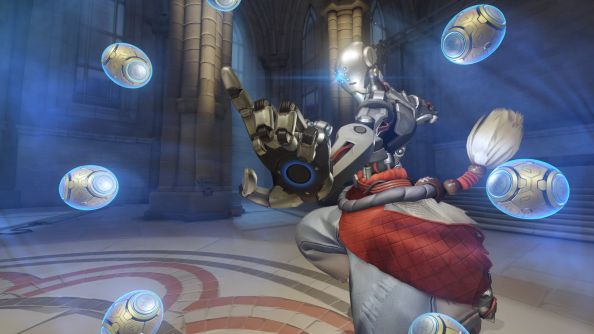 The upshot is, as Kaplan puts it, Blizzard have a “difficult decision” to make. They don’t want to delay the Summer season from the planned start date of the end of this month, however the changes above beyond the time-shortening will take a few months to implement. The changes to a Hybrid/Payload time bank system and draw functionality wouldn’t be able to go to PTR until “sometime in late July” and would require no small amount of testing.

Rather than delay the competitive season, Blizzard plan on kicking it off in a week or so anyway, and seeing how things develop in a live environment. As with any testing phase, the amount of data they’ll get from giving it to the 10-million-strong playerbase as a whole will be infinitely more valuable almost immediately. Kaplan says that they always knew it would take several seasons of iteration before competitive play was in a state they’d be happy with, so delaying it wouldn’t make much sense. Especially since they probably won’t be ready to change things until the Fall season, which is Kaplan’s estimate for the new systems being ready to go.

There’s loads more details in the actual post, if you want them. The match-length changes should make it onto the PTR soon, and the system will launch to live next week unless there’s major issues. Here’s our dedicated Overwatch PTR post if you’re unfamiliar with what’s being played with, and a look at the new golden Overwatch weapons that are a reward for playing competitive.