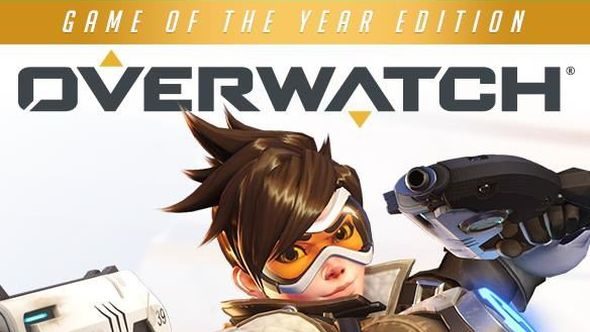 Update May 17, 2017: ﻿With today’s official announcement of the Overwatch Anniversary event comes another confirmation – the Overwatch Game of the Year edition is real and will be on sale next week.

The GOTY version – that’s the truest that phrase has been in a while – will be available across PC and console, digitally, from May 23. No pricing details have yet been revealed.

All this will be followed up by a new free weekend on May 26-29. Full details on timings for each region are available on the Overwatch site. If you buy the game afterwards, your account and progress will all transfer over.

﻿Original story May 11, 2017:Things are heating up as we head towards the inevitableOverwatch anniversary event. True Achievements, a website that scans and datamines the Xbox store for new releases and information (and a part of our lovelyPC Games Network), has just picked up evidence of not only anniversary loot boxes, but a Game of the Year Edition of Overwatch itself.

The GOTY version seems to be a replacement for the Origins edition, though whether it will replace it or live alongside it remains to be seen. Via True Achievements’ scanning, here’s what the official listing will say when it goes live:

These are the same items available in the Origins version of Overwatch, with the 10 loot boxes added on top.

As noted by True Achievements, the current listed release date is May 23 – the day before Overwatch’s first birthday, and the normal large patch day for Overwatch. You can see the exact data they’ve pulled on their product page.

They also grabbed the data of the anniversary loot boxes. These indicate there will be 100 new items, and the event will end on June 5. With the patch 1.11 PTR coming down today, and events usually lasting three weeks, it seems we can expect the event to kick off on Tuesday next week. Set your alarms.

As for how True Achievements grab the data, managing director Rich Stone says they scan the Xbox Marketplace APIs regularly, and report any and all content and price changes, picking up “all sorts of things” before they’re announced. You may also remember that the Halloween event was leaked via findings on the Xbox store, though that was the result of information going live before it was supposed to.