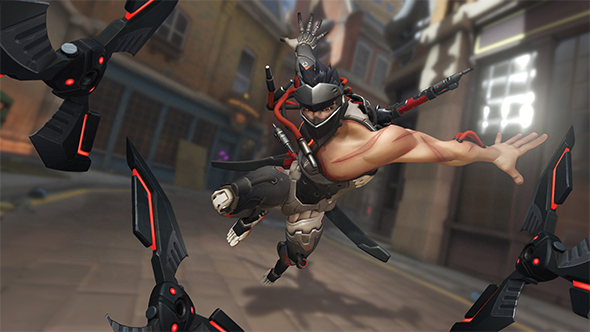 Genji is a cyborg, and the Blackwatch skin released earlier this year revealed that most of his body is covered in cybernetic paraphernalia where it’s not been replaced by completely new robotic limbs. But the question that DeviantArt contributors, fanfiction writers, and Source Filmmaker directors need to know is this: is Genji’s dick intact?

We’re soon going to need to add Overwatch to our list of the best sex games on PC.

Fans of penises can rest easy, because Genji’s dingdong is a-ok and ready for action. Thai gaming news site Online-Station was on the case to ask the, er, burning question of Overwatch lead writer Michael Chu.

“If you look at Genji’s Blackwatch skin you could see that part of his body is missing,” says Chu, “but I confirm his ‘lower half’ is still intact and ‘normal.’”

So there you have it. Genji can pee standing up, and make the most of whatever other wang-related activities you might imagine. (And we know Overwatch fans have active imaginations.)

The translation comes to us via Tumblr user Nalinrut, who also created a bit of art to celebrate the occasion. 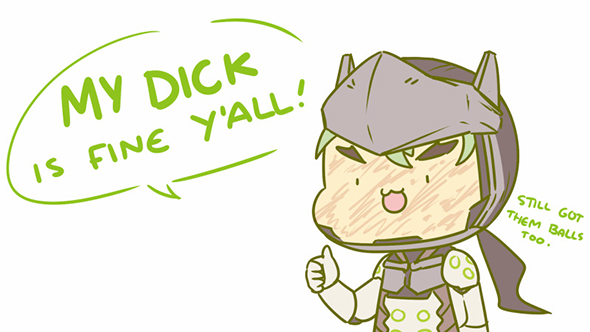 The dragonblade is more dangerous than you ever realized.