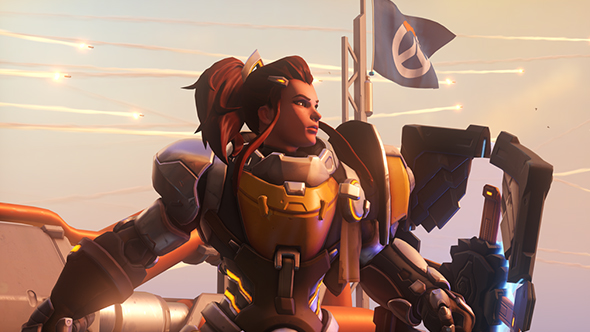 Overwatch League just wrapped up stage three of first season action, which naturally means stage four will soon be on the way. The game has had some significant balance shakeups with the Hanzo rework and Brigitte nerfs lately, both of which address some core complaints about the recent state of the high-level meta. But it seems neither of those changes will be seen in this stage of OWL play.

Dallas Fuel player Brandon “Seagull” Larned and broadcaster Josh “Sideshow” Wilkinson have both publically reported that the reworked Hanzo will not be part of stage four, as Kotaku note. The Hanzo changes may not be the perfect fix for the troubled hero in any case, but that likely also means we won’t see the other major changes introduced in patch 1.23, either. Most of all, the Brigitte nerfs.

The League has been typically been off the standard patch schedule, but this in-between state is especially awkward. Brigitte will make her OWL debut in stage four, but without the nerfs that the community had been calling for. She was only added to competitive play for a short time before the nerfs and rebuilt Hanzo came along, meaning that high-level players haven’t had much time to wrap their heads around this stage of the meta.

Though it’s not yet technically confirmed, the decision to go with the slightly older patch has proven controversial, with loads of forum discussion and of course an online petition to show for it. Some, like League broadcaster Christopher “MonteCristo” Mykles, think the decision is entirely reasonable.

Not sure why the Overwatch community doesn’t understand this, but most big devs wait several weeks for patches to go live in an esports environment

This prevents bugs and balance issues from ruining professional matches

There is no world where OWL uses the live patch instantly

If you want the safe bet, expect pre-nerf Brigitte and old Hanzo when OWL returns next week. The post-season, with grand finals in Brooklyn, is further down the line, and a much more likely debut for the more recent patches.