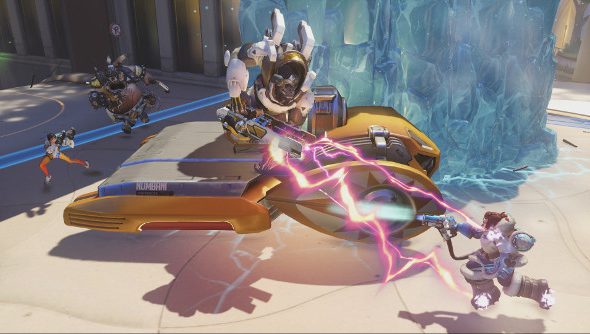 In my limited time with Overwatch, I quickly learned that making sure that people actually push the payload is easier said than done. After all, what’s the fun in actually winning a game when you can just waste a bunch of time killing people…and then lose. Thankfully though, with the help of the new Overwatch Workshop, stationary payloads can be a thing of the past.

Overwatch player Truckermouse posted their new Workshop creation to the game’s official subreddit last night, saying that “since no-one is ever on the payload, I made it magnetic.” True to their word, Truckermouse’s creation (which you can see in the video embedded further down this article) seems pretty sticky.

Playing as Mei, their approach to the payload is weirdly juddery, until you realise that you’re not watching a framerate issue, but a player trying unsuccessfully to move away from the vehicle. Eventually, Mei stops resisting, and goes flying towards the payload, coming to an abrupt stop only when she crashes into the front.

From there, it’s possible to get away, but only after a bit of a struggle, and taking your hands off the keyboard at any point will send you catapulting back to your starting point.

Build it: Here are the best Overwatch Workshop codes

Players were clearly impressed with Truckermouse’ creation (which you can download for yourself using the code included in that thread), but suggested that there were ways to improve the concept. Not every character needs to be on the payload, so getting its ‘magnetic’ properties to drop off as long as it’s actively being pushed would make for a more efficient way for players to complete their objectives. 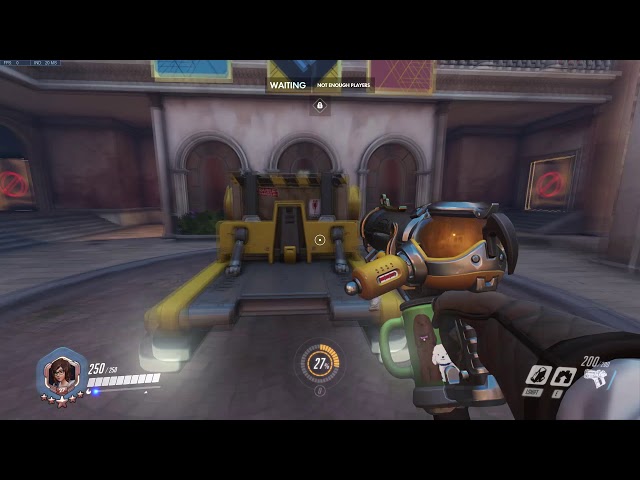 Unsurprisingly, the Overwatch community has already been coming up with plenty of new ideas as a result of the new Workshop. We’ve already seen Silver Surfer Mei, and an Overwatch battle royale mode seemed basically inevitable as soon as the new feature was announced. Given that it’s only been available for a day, I imagine we’re going to see some pretty impressive creations in the future.