Blizzard have unleashed the latest Overwatch comic, Retribution, which details a vengeful mission at the hands of Blackwatch. That’s fun enough for fans of the Overwatch team’s darker counterparts, but the comic also seems to be teasing the next in-game event, as well as a new skin for Moira.

Related: Check our guide to the best MMOs.

The comic follows Blackwatch as they look to capture a high-ranking Talon official following an attack on Overwatch facilities. Naturally, those plans soon become complicated. Written by Blizzard’s Matt Burns and illustrated by Gray Shuko, you can read the comic in full here. Sadly, it doesn’t seem we’ll see a nice, animated Madefire edition this time around.

Based on some Blackwatch-related teases made last week with the Overwatch Mission Archives, it seems that this comic may lead directly into the new lore mission beginning April 10. The prominent presence of Genji and McCree lends some extra credence to that idea.

We also get a tease of a new look for Moira, ready for action in Blackwatch gear. 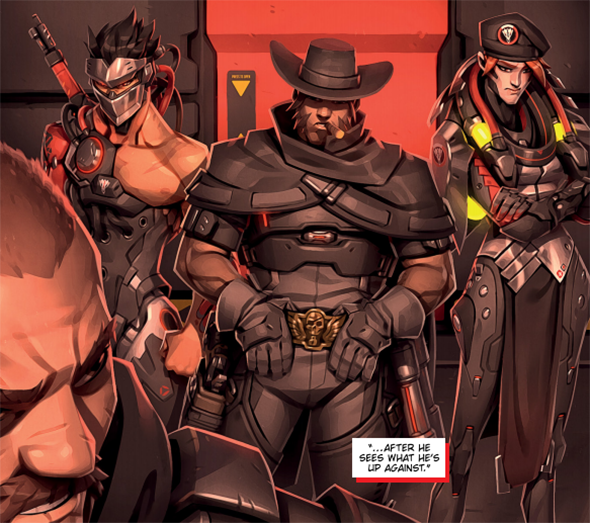