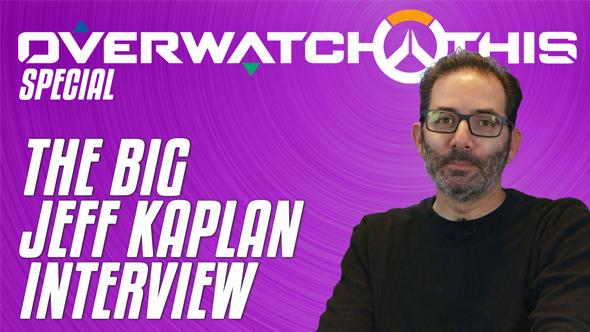 Who’ll be joining the roster soon? Check out our next Overwatch heroes feature for more.

Resident expert Ben sat down with the game director (just look how happy he is! Ben, that is… although Jeff seems pleased too) to talk about the past, present and future of all things Overwatch.

Topics covered include the launch, how the PTR gets utilised, responses to Orisa, which heroes are ready for a revamp, and the upcoming King’s Row Uprising event.

It is, and we’re not just saying this, very much worth your time. Jeff was even kind enough to intro the show in his own endearing style, so without further ado point your eyes upwards and enjoy the most special (because hey, they’re all special) episode of Overwatch This to date.