When Wipeout was first released in 1995 it obliterated the racing genre scene – wheels were out and anti-gravity boosters were in. Speeding around its sci-fi courses was an intense ride, electronic dance music pumping pure adrenaline through your ears and through to the tips of your fingers. Over 20 years later, the Wipeout series seems to have been retired, but racing fans still have a need for anti-grav games. Luckily, R8 Games has stepped in to create the perfect successor to ignite their engines.

Funded through Kickstarter back in 2015, Pacer is shaping up to be the Wipeout descendant that fans have been waiting for. Previously titled Formula Fusion, the game has since been given a fresh lick of paint and is ready to make an impression.

Using Unreal Engine 4 allowed R8 Games to make a quick start with its development process. “Everything about it was simple,” lead designer Carlton Gaunt tells us. “It’s all easy to use and we got a lot out of the box that we found useful. It was all there and we could develop straight away.

“The blueprint system was really intuitive and allowed us to prototype really quickly in early stages of development and test out if something worked before transferring it into code.” 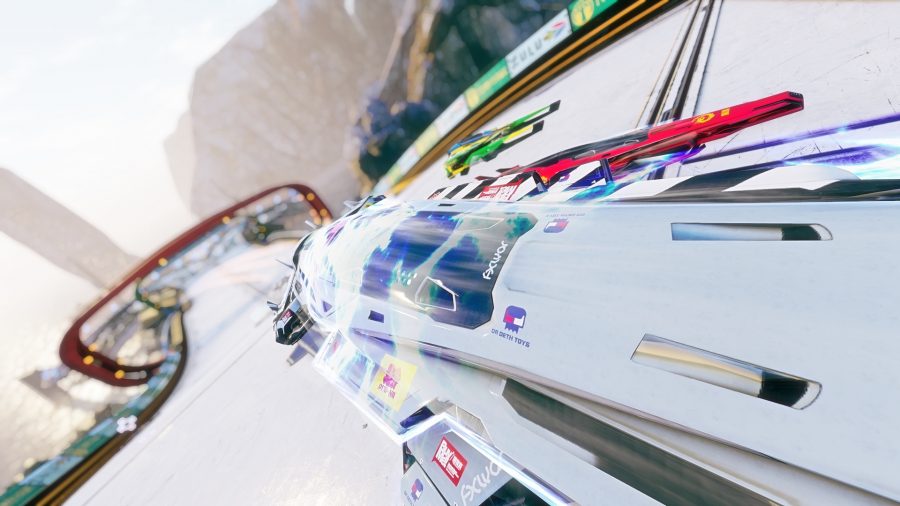 Pacer has transported the Wipeout games from the charming, blocky graphics of the mid-’90s to the hyperrealism of today’s games. Its cybernetic landscape has a colourful, neon sheen, and even when travelling at vomit-inducing speeds, everything is in sharp focus. “Unreal Engine worked best for us, because it allowed us as a smaller team to create something much better looking,” Gaunt says. “It was very visually impressive and was easy to get started and learn with it.”

multiplayer is something that’s worthy of attention

So many racing games focus on kicking up dirt and burning rubber, but both the world of Pacer and its crafts look clean and slick. The vehicles look and feel great to drive, and you can personalise your driving experience with the game’s garage system – this is where you can tweak your craft, with each little change able to seriously affect your ability on the track.

“You can change how it looks, you can equip different skins so it visually matches your style. You can equip cards that affect how it flies, accelerates, how it turns, brakes, hovers,” Gaunt says. “The weapons can be customised, so you can change their behaviour too. You can express yourself and have something that is very your style.” 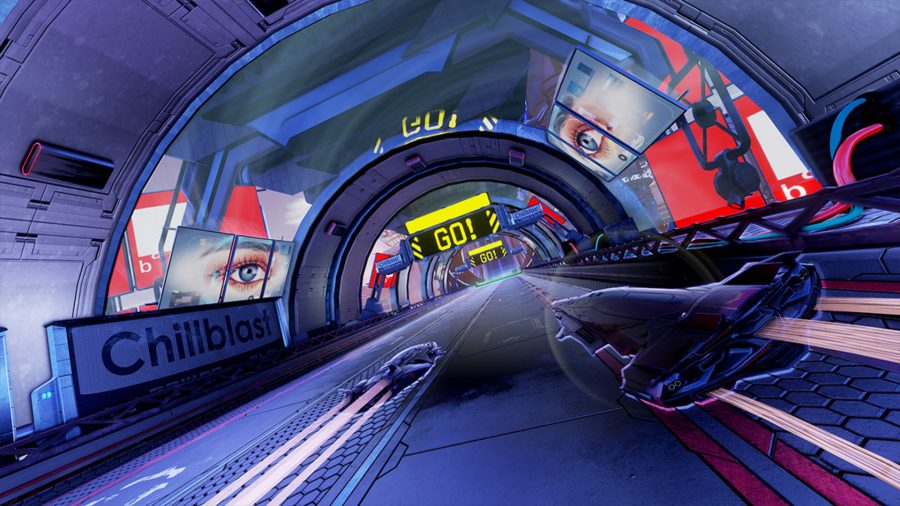 Pacer has several different game modes, like time trial, endurance and 1v1 challenge races, but what really pushes it into the present day is its jump onto the battle royale track. “The multiplayer is, I think, something that’s worthy of attention. It supports up to ten players multiplayer with over eight game modes at launch, and loads of different tracks, so there are plenty of different ways to play with friends.”

Read more: Read our list of the best racing games on PC

Pacer is gearing up to be a spiritual successor to one of the most cherished anti-grav racing titles out there. Speeding and drifting around its tight bends with EDM music blasting in your ears really captures what made Wipeout so special. Quantum levitation has never looked or felt this good.

Pacer is coming to PC in 2019. Unreal Engine 4 development is now free.