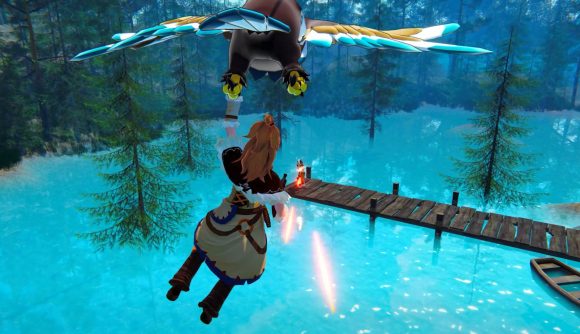 Pocketpair, the developer behind multiplayer survival game Craftopia, has unveiled a new title it’s got in the works at this year’s Indie Live Expo show. Called Palworld, it’s described as a “multiplayer, open-world, survival crafting game”, and it looks like it’ll have big appeal to Pokémon, Breath of the Wild, and third-person shooter games alike (yes, really).

Announced with a trailer giving us a good glimpse at what’s to come (included below), Palworld sees you venture out into a very pretty world – artistically somewhat reminiscent of games like BotW or Genshin Impact – to befriend critters called “pals”. Similar to Pokémon, these come in a range of different, fantastical types, from giant flying beasties the player character can ride, to husky-like creatures that can pull carts (or, again, be ridden), to little helmet-wearing, penguin-like buddies, and so on.

Along with help from your pals, you’ll get to construct buildings, get farms running, explore dungeons, breed new pals, and, er, get some production lines making weapons set up, too, according to this gif on the upcoming PC game’s Steam page. And, that’s not all.

Just ten seconds into the trailer we get a look at some gameplay that definitely puts a very different spin the whole chill, creature collection thing. A player character hangs from their flying pal’s talons and fires off a machine gun at an enemy on a dock below (who is firing back, too). 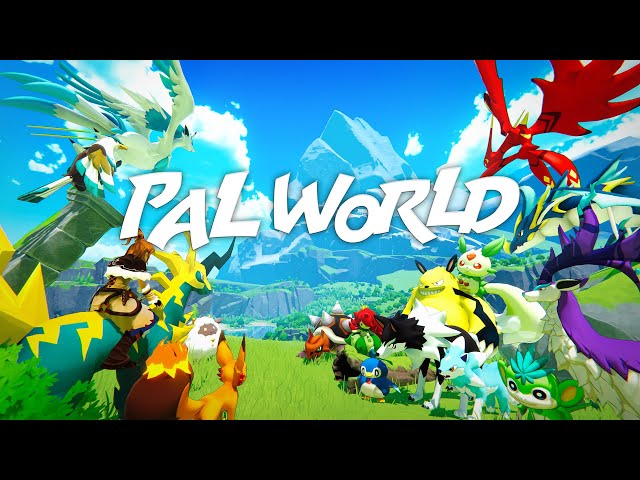 From around the 35-second mark, we also see some charming shots of country idyll – sheep shearing, crop harvesting and watering, and farmhouse building – interrupted by more gunfights. This time we see the pals get stuck in, kicking rifle-firing enemies out of the way, and even being used as shields to protect the player character from incoming fire. Oh no! We even see a little pal firing its own rifle and the player character use some kind of rocket launcher in the clip. Gulp. You can see the trailer above if you want to get a look for yourself.

Palworld is due to launch at some point in 2022 according to its Steam page, where you’ll find more information on the game if you’re keen to check it out further. For now, though, we have some handy rundowns of the best open-world games and games like Pokémon on PC if you’re after something in these areas to play right now.