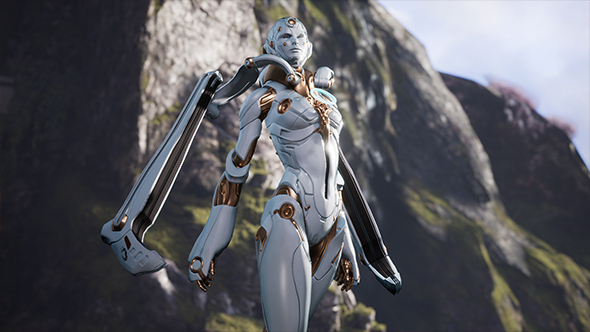 Fortnite was doing well even before the addition of Battle Royale, and its success has been even more astronomical since then. But that same success has cast some doubt on the future of their third-person MOBA Paragon, and the developers are now questioning whether the have a path to make game a success.

That’s according to community coordinator Edgar Diaz, who yesterday posted an “open discussion” on the state of Paragon to Reddit, lining out the issues they’re facing and the game’s uncertain footing.

“Going from Legacy to Monolith to a new card system and all of the changes in-between, our efforts have always been focused on growing the game. While each of these incarnations has been beloved by a core community, none has been large enough to achieve mainstream success. This, combined with the humbling success of Fortnite has caused us to question if we have a good path to grow Paragon and make it thrive.”

New updates for Paragon are continuing – including V.45 this week – but the slow pace of recent patches is likely to continue, with the team split between long-term changes and short-term fixes, and a number of people having shifted to work on Fortnite.

In light of all that, the Paragon team is looking at where to go. “The core challenge is that, of new players who try Paragon, only a small number continue to play regularly after a month. Though Paragon has evolved, no iteration has yet achieved that magical combination of ingredients that make for a sustainable game.”

Diaz says the team will, over the next few weeks, be looking to figure out “if and how we can evolve Paragon to achieve growth and success, and trying some things internally.” Expect update releases to be slower in the meantime, as the developers discuss where to go and solicit feedback from the community.