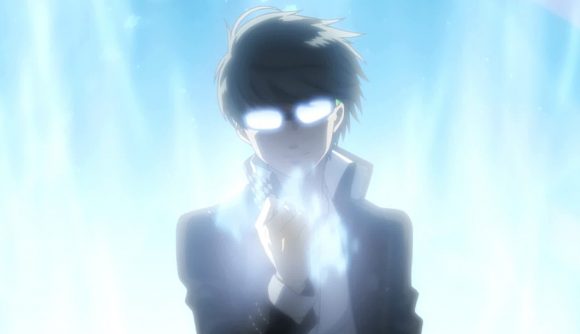 Listen, I already know what happens at the end of Persona 4, and have known for years – but neither you nor I should be a jerk about it for the folks playing through the new launch of Persona 4 Golden on Steam. That said, publisher Atlus’s request that you “refrain from sharing the ending” of this decade-old PlayStation 2 RPG is, uh, a bit of a silly thing to try and ask the internet.

But first off, Atlus “would like to thank the entire Persona 4 Golden community who have enthusiastically made this Steam launch a success!” We’ve got no hard sales numbers, but concurrent player counts for P4G (via SteamDB) have been peaking between 25k and 30k – seriously impressive for a port of an older single-player RPG.

“While the game has been out for a few years,” Atlus adds, “for some, this will be their first time exploring Inaba and solving the mystery of the Midnight Channel. Due to the game’s narrative nature, we ask that you refrain from sharing the ending, and to please insert a spoiler warning for any critical cutscenes you wish to upload or stream.”

This is broadly a nice PSA from Atlus to not be a jerk about spoilers, but the specificity of asking everyone to provide spoiler warnings on every cutscene upload – and not upload video of the ending at all – is a bit much. You can already type ‘persona 4 ending’ into YouTube for nonstop spoilers, if you so choose, and that already includes several uploads from the new PC edition.

A message from ATLUS to everyone playing Persona 4 Golden on Steam! #P4G pic.twitter.com/ATt6t5cQJF

At least it’s less restrictive than Atlus’s guidelines following the launch of Persona 5, which offered threats of copyright strikes and content ID claims against streamers broadcasting anything past the game’s second dungeon – a fraction of the way through the lengthy story. Atlus later apologised for the harsh tone and extended the restriction to just before the game’s final act. (And yeah, there’s no shortage of Persona 5 ending footage on YouTube, either.)

If you want to get into Persona 4 (or any number of other RPG games) for the first time, here’s my recommendation: look for spoilers. Seek out every single plot point you can possibly find. Go full galaxy brain on this – nobody else can spoil the story for you if you spoil it for yourself, right?