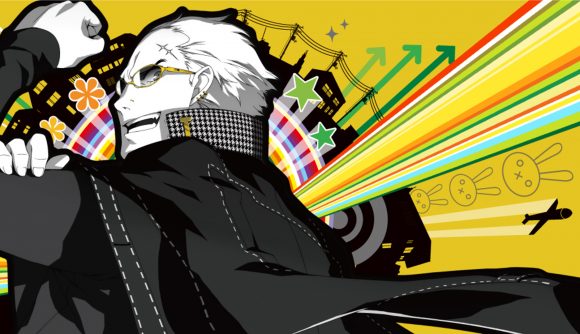 After years of clamoring and anticipation, the Persona series has finally come to PC. Persona 4: Golden is now available on Steam. The lauded JRPG can now be bought from the Steam marketplace here, for the price of £15.99/€19.99/$19.99.

Speculation was high that Atlus was finally going to answer demand when the studio’s Steam creator page went live earlier this week. Thankfully, the rumors are true, and PC players can now join high school student Yu Narukami on his myriad adventures fighting the Shadows.

Persona 4 Golden was originally released for the PlayStation Vita in Japan in June 2012, before making it over to the US November 2012, and Europe in February 2013. Persona 4 itself has consistently been a top-seller for Atlus, so it’s no wonder the studio has decided to use it to lead the series onto PC. Last year, Atlus’ parent company Sega promised more PC ports based on the strong sales of the Yakuza games, a series which has only gone from strength-to-strength between Yakuza 0, Yakuza Kiwami and so on, and it’s come through on that promise.

If you’d like more than the base game, a Digital Deluxe Edition, for a fiver extra, gets you a digital artbook and a download of the soundtrack, so you can be bopping away to the tunes while you aren’t playing. Atlus released a special trailer for the occasion you can watch below:

Despite being around a decade old, it’s likely Persona 4 Golden may give our list of the best RPGs a bit of a shake-up.