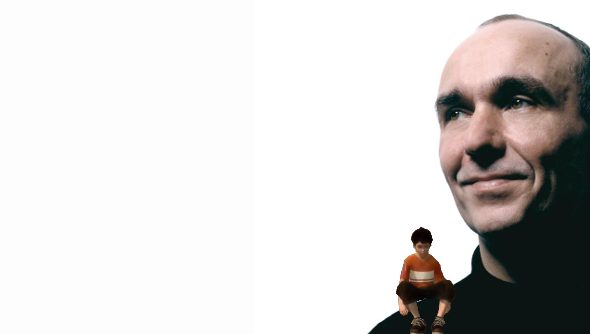 Peter Molyneux has given his old employer, Microsoft, some unsolicited advice when it comes to their new AR device, HoloLens. The master of over-promising and wandering sage has warned Microsoft that hyping its holographic display too much will end in tears.

The Godus developer likened it to the original Kinect, which came with all sorts of promises that it never fulfilled. Molyneux was key to Kinect’s hype, with the notorious Milo demo that nothing ever came out of.

Molyneux saw the HoloLens early in its development, he told GamesIndustry.biz. “It was very, very early days in the technology. It is, I have to say a magical experience, seeing these objects in the real world. The problem I think is to make it feel like it is in the real world and not projected into your eye. I think it’s, for me, more exciting than even VR but it shares a similar problem as VR does and that is: what is the application going to be?”

He goes on to praise the stage demos, but thinks that moving your arms and fingers will be too exhausting. Molyneux, of course, now spends most of his days encased in ice, unmoving, while interns encircle him in case his whispers a new, revolutionary idea.

“For me, some of the stage demos they had were magical as they were building drones on stage and you start to think back to your Kinect days and how exhausting that would be to move your arm around and tap with your fingers. And this is the problem with VR – the applications that we think are going to be great on it quite often are exhausting or very challenging. My hope is that their concept video doesn’t over promise what the technology can deliver. Because the actual experience of seeing a 3D object projected into the world is a magical one.”

Molyneux has been promising the world since Fable, and then apologising for making ridiculous promises every time he fails to follow up, which is every time. His latest project, Godus really is a bit rubbish, and again he over-promised. In that case, though, it was Kickstarter’s fault, apparently.

He’s a nice man, though, so he doesn’t want his old chums at Microsoft to go through the same drama.

“You kind of want to scream ‘don’t over promise these things.’ The thing about the concept videos is they feel so seamless and it just looks like everything’s working and actually, as we found with Kinect, it works all fine if you’ve got the perfect environment and the perfect distance away and you’re the right shape human being. But it’s very challenging if any of those things don’t come together perfectly.”

Regardless, it’s sound advice. But I don’t think that he needs to worry. Microsoft’s been making pretty reasonable promises, like “You will look like a twat when you put these goggles on” and “Skype will follow you wherever you go. There is no escape. Floating heads will hound you for eternity.”