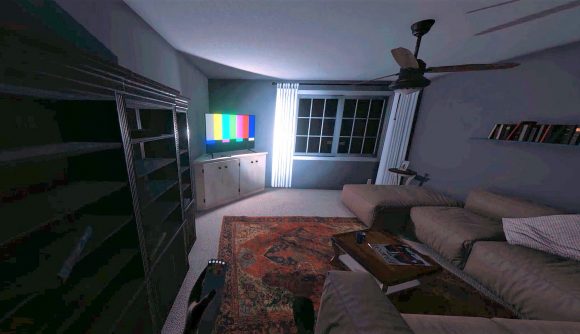 Ghosts. Ghouls. Spectres. Whatever you want to call them, Phasmophobia’s got them in buckets – and we can expect more to saunter into the horror game when the next beta build drops, too. Developer Kinetic Games has teased an exciting development on the game’s Twitter channel, which reveals two new ghost types are on their way.

Kinetic Games’ latest tweet highlights that the two new Phasmophobia ghost types will be called Yokai and Hantu. The snapshot is of the ghost-hunting game’s public Trello board, which details what we can expect from these new spooks. The Yokai (a term that refers to supernatural beings in Japanese folklore) is “a common type of ghost that is attracted to human voices. They can usually be found haunting family homes.” Its unique strengths are basically very good hearing coupled with a bit of a temper: “talking near a Yokai will anger it and increase its chance of attacking”.

The Yokai’s weakness, however, is only being able to hear voices close by to it when it’s hunting. Evidence for this beastie is a spirit box, ghost orb, and ghost writing.

The Hantu (a Malay and Indonesian term referring to a spirit or ghost), on the other hand, is a “rare ghost that can be found in hot climates” but it seems cold weather makes them cranky, as they’re “known to attack often during cold weather”. The Hantu’s unique strength is increased movement speed in colder temperatures, and its weakness is the opposite – warmer areas will slow it down. Fingerprints, a ghost orb, and ghost writing are the Hantu type’s evidence.

There’s no news on exactly when Phasmophobia’s next beta update will drop, but you can always keep an eye on the game’s social media channels and Trello board to find out when it does debut. Right now, you can always check out the patch notes for the live game’s latest big update, which has brought difficulty tweaks, quality of life changes, bug fixes, and more to the game.