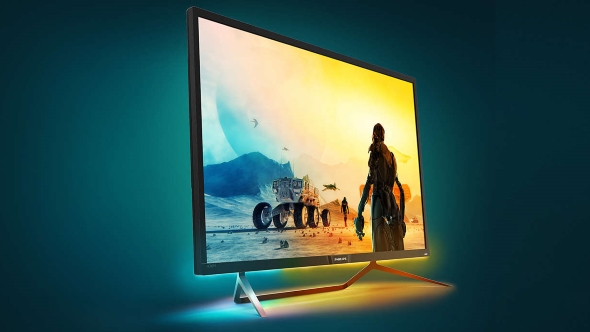 Philips’ new 43-inch display is set to be the first genuine HDR gaming monitor by being the first to nail the DisplayHDR 1000 standard. That makes it capable of delivering the sort of visuals that will make HDR content seriously eye-popping. Potentially literally…

Check out our pick of the best gaming monitors available today.

If you’re sitting there thinking a 43-inch monitor is ridiculously overkill for a gaming screen, I’ll counter with the fact (it’s definitely fact, not opinion) that if you’re running a 4K gaming monitor which is less than 40-inches then you’re doing it wrong. All wrong. The only way you can really see the benefit of the higher 4K resolution over 1440p is by viewing it writ large on a proper big panel.

But that DisplayHDR 1000 VESA standard support is what really makes this new gaming monitor stand apart. It specifies that a certified screen must be capable of delivering 1,000cd/m2 of peak luminance, though that doesn’t mean it has to be alwaysrunning at the retina-searing 1,000cd/m2 levels.

According to ComputerBase the typical brightness of the Philips Momentum 436M6VBPAB (rolls off the tongue, that) is around 720 cd/m2. That is still more than twice the peak luminance of most current gaming displays… even ones which claim HDR support. 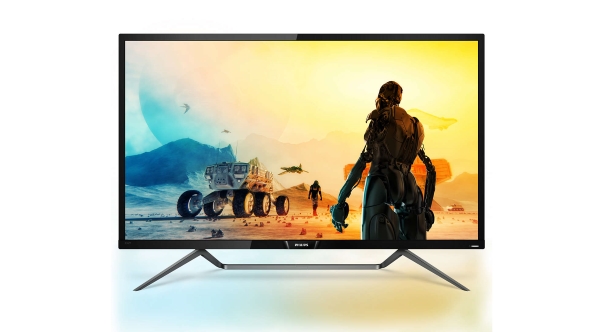 The 43-inch Philips panel also uses local dimming to help with the black levels and contrast, and delivers 10-bit colour support, though that does come via 8-bit + FRC. But better than all that is the fact that it also brings with it Philips’ sexeh LED lighting tech, Ambiglow.

Philips have been pioneering RGB LEDs on their tech since Razer rodents were still in short pants, and the Ambiglow support means the colours from the image on the panel itself bleed out onto the desktop and area behind the screen.

In terms of the rest of the techie speccies, the 43-inch MVA panel has a native 4K resolution of 3840 x 2160 and a refresh rate of 60Hz. That might potentially be a little disappointing for some, given the 4K G-Sync HDR screens and their proposed 144Hz panels, but they have still yet to make an appearance, and are liable to cost more than two of your Earth PCs. Though fear not, it does support adaptive sync which should make the monitor FreeSync compatible.

We don’t yet have a price or confirmed release date, but it’s recently appeared on the Philips site so it can’t be too far off.