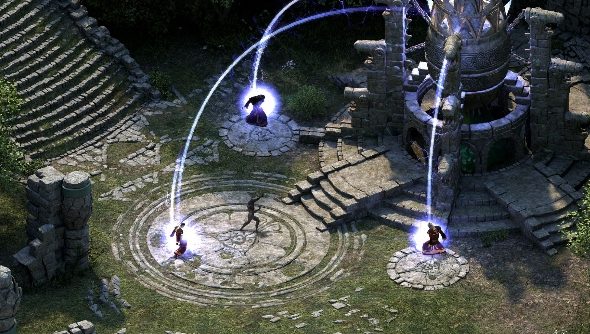 Obsidian are a bunch of very busy people at the moment, currently working away at the rather interesting Tyranny. But there’s more to the studio than one game, and their CEO has spoken once more about Pillars of Eternity 2, as well as hinting something else new and fresh is being worked on…

Looking for an epic journey? You need one of the best RPGs on PC.

In an interview with gamepressure.com, Obsidian CEO Feargus Urquhart said “Obviously, as you’ve probably guessed, we’re starting to move forward on [Pillars of] Eternity II. That is probably something that we want to look at [in terms of crowdfunding]. I think people felt like we delivered on our promise, and then that felt like we could go with Eternity II and people would support us again, because they trust us.

“Eternity II is not announced, [but] it seems silly for me not to acknowledge it, though. If someone asks “Are you working on it?”, I respond “Well, wouldn’t you work on it?”. So then they say “So you must be working on it”, and then I’m like “Well, yeah”.”

That a sequel would eventually come to pass is not brand new information, with Obsidian’s own Josh Sawyer confirming to us that Pillars of Eternity 2 wouldn’t take place in Dyrwood, but instead a very different, less traditional fantasy setting, But it’s always good to have continued affirmation that the team are working on it.

It does, however, look like we’ll be seeing another Kickstarter/crowdfund system put in place to fund the development. With Pillars being such a success story you’d think the profits would fund a sequel, but perhaps that cash went towards Tyranny. And it would certainly be easier to coax money out of people who are confident in a product’s proven quality.

A side note from the interview is Urquhart telling gamepressure that “there’s a small group of people within the studio that’s working on something completely new”. Looks like there could well be another IP being created in the depths of Obsidian, which gamepressure claims could see involvement from Tim Cain and Leonard Boyarsky (of Fallout and Vampire: The Masquerade). How exciting!