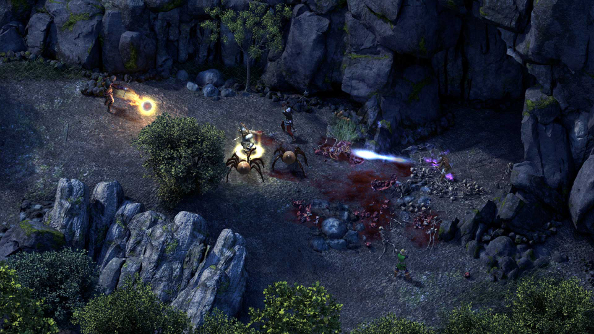 I spoke with Obsidian veteran Josh Sawyer recently about Pillars of Eternity, Kickstarter and the world at large, which was nice. Talk turned to the openly discussed but yet-to-be-confirmed Pillars sequel, which Sawyer says will take place in a less traditional setting than the lovely familiar greenery of the Dyrwood.

Sawyer’s comments came while discussing Obsidian’s thematic approach to Pillars of Eternity’s expansions, the first of which (The White March part one) is out now and harkens back to Icewind Dale:

“For [The White March], we’re taking on the other side of the Infinity Engine equation, which is Icewind Dale. It’s not really that big of a departure, but in the base game we very much made something that was very cosy, very Dalelands, very temperate. Meadows and forests and things like that.

“I would say in Pillars 2, if we wound up doing a sequel, which we certainly want to do, we would probably take it to someplace which is not quite as familiar. Which is exactly what Baldur’s Gate II did. Baldur’s Gate II took you to Amn, to Athkatla, which is nearby the rest of the Sword Coast territories but it’s different enough that it feels new and interesting.” 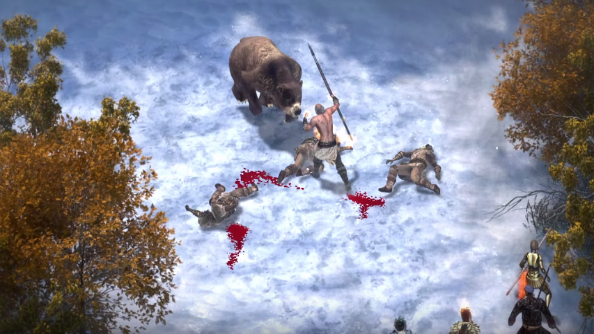 Sawyer name-checking BGII gives a good indication of the level of departure Pillars 2’s setting will take from the Dyrwood. He’s not implying a whole cloth fantasy written from the ground up like Planescape, but perhaps somewhere less well-travelled, carrying a greater air of danger.

Obsidian have a lot of Forgotten Realms-inspired real estate to draw inspiration from. The rights to the D&D name and territories have been traded back and forth exhaustively and now probably lie forgotten in a lawyer’s shoebox somewhere, but even without the license Obsidian managed to nail the tone of Black Isle’s officially affilliated CRPGs very effectively. The world’s their oyster, provided that world isn’t named explicitly after somewhere on a D&D map.

And while we all bate our breath for that eventual sequel announcement, there’s always the Pillars card game, eh?