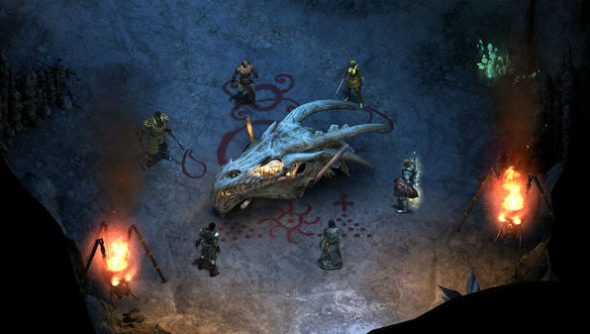 The second expansion to Obsidian’s cRPG Pillars of Eternity, The White March Part 2, is out now and ties up all of the loose ends left unravelled by its forerunner. As promised earlier this month, update 3.0 has also been rolled out, bringing with it a host of tweaks and new features.

That’s The White March all wound up, but there’s still plenty of exploring to be done in our list of best RPGs on PC.

As discussed earlier this month, Pillars of Eternity version 3.0 adds new quest lines, knockout injuries when characters are incapacitated in battle, a new Story Time mode that shies from combat, tweaks to Athletics, and many other adjustments aimed at making the game more streamlined.

Full details of the update can be found this-a-way, however here’s another look at the developer diary which explains the changes in far greater detail:

As for The White March Part 2, it brings the first chapter of Pillars of Eternity to a close. Since its release in March last year, Pillars of Eternity has sold over 700,000 copies – something Obsidian’s CEO Feargus Urquhart is very proud of. “We launched the Kickstarter campaign for what we were calling ‘Project Eternity’ three and a half years ago,” he says. “It’s surreal to think about just how much this game has meant to us at Obsidian, and how much it’s changed us as a developer.

“Working so closely with our backer community was a major part of the process, and helped us understand precisely what our fans wanted. Now, with Pillars of Eternity winning awards and standing as one of the biggest RPG releases of 2015, I’m proud to say we fulfilled our promise to our backers, and then some.

“Best of all, we’ve got plenty more stories we plan to tell within the world of Pillars of Eternity.”

Hmm, could that mean Pillars of Eternity 2 is on its way at some point in the not so distant future?