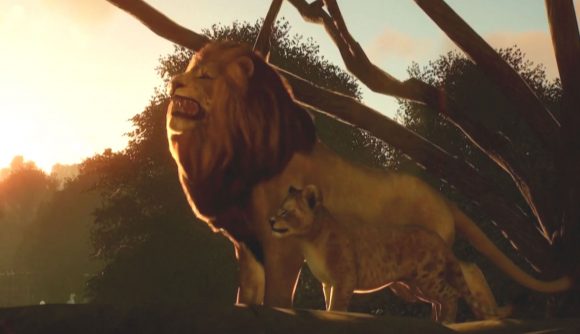 Upcoming zoo-building and management game Planet Zoo will be a modern approach to animal keeping, focussing on welfare, conservation, and education. It will be about promoting the health and welfare of your animals, it has been announced at the E3 PCGaming conference.

During the PCGaming conference, Planet Zoo’s senior artist, Lisa Bauwens, goes into the type of zookeeping that Frontier is portraying in the game. “Nowadays, when you go to the zoo, you’re not always just going to see all the pretty animals,” Bauwens says. “When you go there you want to be learning about conservation, you want to learn about the research they are doing, you want to be educated, and these are all things that you are going to be able to do in Planet Zoo.”

Bauwens goes on to explain how the animal’s health and happiness is a top priority for players and that plays into the management aspect of the park. “These ideas of the modern zoo are what we take to heart,” she says. “We’re going to be promoting the health and the welfare of your animals as the most important thing to do.”

Animals have many needs and creating the perfect habitat to match them is vital to running a great zoo. You have to make sure that animals are getting the right nutrition, have terrains that suit their preferred habitat, place social animals in groups, and give them plenty of enrichment objects so they can live a happy life.

Education in Planet Zoo isn’t optional, it’s a need of the guest. If visitors to your zoo feel that they are not learning then it could impact your zoo’s success. You will need to place signs, speakers, and other educational devices near enclosures and habitats to make sure your guests are getting the educational engagement they need.

In an interview with PCGN, Planet Zoo’s game director Piers Jackson chatted about how players can also learn from the game. “The education aspect of the game is partly is guest focused, but also a little bit player focused,” Jackson says. “You will employ members of staff and the staff will research the animals and over time they’ll perform research that adds to what we call our Zoopedia. Which is like a wiki, which fills up over time, so there will be more information that’s visible to the player as well.”

Read more: Check out the best management games for PC

With Planet Zoo’s release date only a couple of months away make sure you check out what primates, reptiles, and big cats have already been announced.