In a recent look at Frontier’s furry new game in beta, I was left with the impression that Planet Zoo is a beast of a management sim, but one you’d still want to cuddle. Having now experienced the real deal, I can confidently say that initial reaction was spot on – the game is one hell of a meaty dish, but one I’m very glad I got my teeth into.

When you fire up the game, you’re presented with multiple ways to jump into your zookeeping adventure, with options to make it as objective-led or open-ended as you like. There’s a guided Career Mode, Challenge Mode (with a full economy and various objectives to tackle offline), a Sandbox Mode in which to go wild, and an online Franchise Mode to show off your creations to players around the world.

I spend the majority of my time in Career Mode, which drip-feeds you tutorial tips as you progress through various pre-made zoos. Taking your first steps, it’s difficult not to be struck by the game’s depth and scope. It seems like every factor you can think of that could have some influence – however minor or indirect – on an animal’s health and happiness has been modelled by developer Frontier.

In construction terms, building a basic habitat is easy enough. Connect some barriers, add a door for the zookeeper, and you’re off – the controls and UI, for the most part, are really simple. But Planet Zoo incorporates a vast range of factors that must be considered when setting up the perfect homely habitats for your animal friends, and of course it’s in this that the real challenge of the game lies. There are the major facets to consider upfront: Are my ring-tailed lemurs fed and watered? Does my timber wolf have a pal? Are any cohabitees going to devour each other (or the guests)?

These are the big questions, but there are many lower tiers to worry about. Habitats can be optimised at the most granular level: are the plants in my panda pen matched to their native biome and continent? Do my Thomson’s gazelles have enough toy enrichment items? There’s also a terrain painting tool to ensure every inch of floor is suited to an animal’s preferred ground type, and even humidity and heating controls to tune the atmosphere to the exact degrees needed. Jurassic World: Evolution players will recognise much of this, but there’s even greater depth here.

It’s a delicate challenge – especially if you fancy combining species in habitats – but there’s a supreme satisfaction in nudging my animals’ needs sliders up into the green, tracked per animal across tabs chock-full of scales and criteria. There’s also an extensive ‘Zoopedia’ offering real-world zoological information and further helpful tips for catering to my little (and big) ‘uns needs. 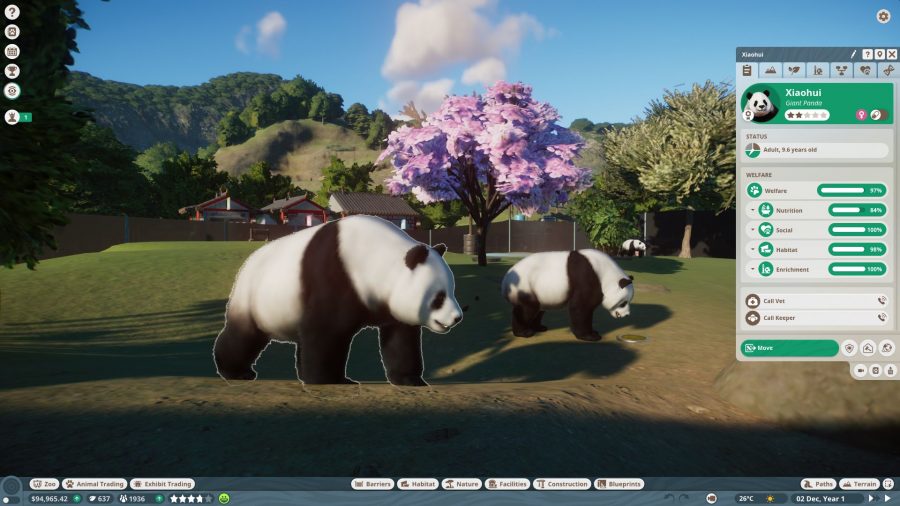 Despite your best efforts, however, you’re often only able to give your animals so much. There’s further challenge in unlocking everything you need to be the best zookeeper you can be, including higher tier enrichment items, more knowledge of how to care for your charges, and even some new animal species. One such requirement is investing time in research, to which you can assign vets through research centres dotted about your zoo.

Beyond this, there’s also the guests’ experience to consider, which is a sizeable task on its own, and – I begrudgingly acknowledge – a pretty vital one. They’ve got to have enough entertainment, education, and eateries to keep them happy and keep the bucks (both the financial and hoofed kind) coming in. Oh, and don’t forget some places to powder their noses, of course.

It takes quite a bit of planning to get all of this right, and sometimes animal happiness and guest happiness clash. Planet Zoo’s creatures all have a ‘social’ well-being scale which measures their stress levels, and the game slaps me with a big red warning if one of my critters takes a bit of a nosedive in this department. Often, it’ll be because they’re feeling too watched, and unable to escape the voyeuristic gaze of curious guests. I have to respond by organising some privacy for the poor things. 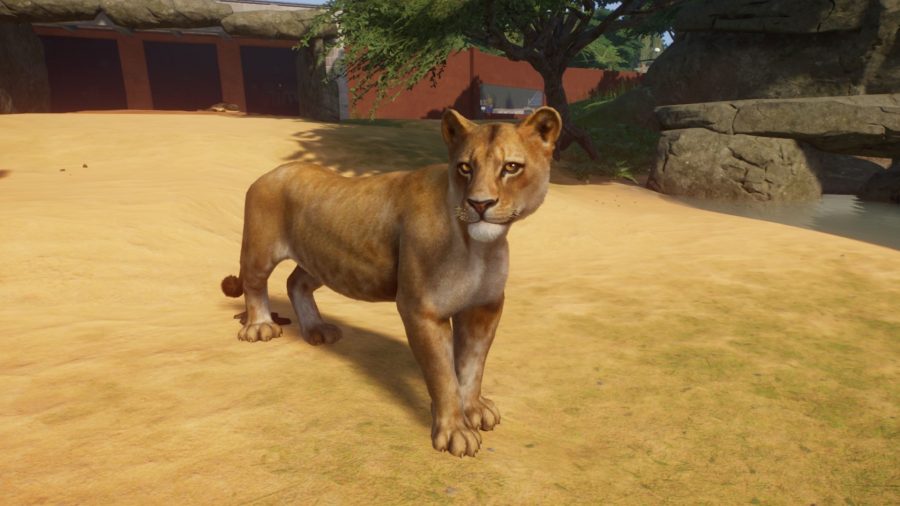 There are some creative ways of dealing with this, though, that achieve a happy outcome for both parties. You could opt for one-way glass that lets guests see in, but leaves creatures to chow down in peace, for example. It’s little touches like this that reflect Frontier’s focus on animal welfare and conservation – and as an animal lover, I really appreciate it.

Considering all this complexity, Planet Zoo offers a pretty dexterous experience. For a start, it’s largely intuitive; I can find more or less everything in the menus where I would expect to, even as a relative newcomer to the genre, and there are often multiple ways of getting to the same option, so I don’t get stuck often. In many cases, clicking animals and zoo facilities mirrors what you can do by going through the menus.

What Planet Zoo captures well is the sense that a zoo is a living, breathing creature of its own

I sometimes wish that the game would remember my filters and selections a little more often as I navigate between those menus, however. For example, checking which species are compatible – i.e. won’t eat each other the second I turn my back – requires hopping between tabs in the Zoopedia and my zoo’s list of animals. Having to re-select filters frequently slows down the fun a little.

What Planet Zoo captures exceptionally well is the sense that a zoo is a living, breathing creature of its own. There are any number of dynamic factors that it can throw at you, such as freak snowstorms in spring that oblige me to get some heaters plugged in for my critters ASAP, or striking my animals down with a sudden disease (organised zookeepers can preemptively put vets on researching cures, which helps avoid the frustration of random-seeming setbacks). This adds some challenge, and a little stress, but also a lot of fun – as I play I come to relish these curve balls.

I have to emphasise, however, that the heroes of the game are the animals themselves. Frontier’s given each and every one of the more than 50 species in the game some serious attention in the looks department, and their animations are marvellous. I sometimes waste precious time I could spend thinking about improving the visitor experience just locking the camera onto a panda, watching it slope about and munch bamboo for a while, just because. 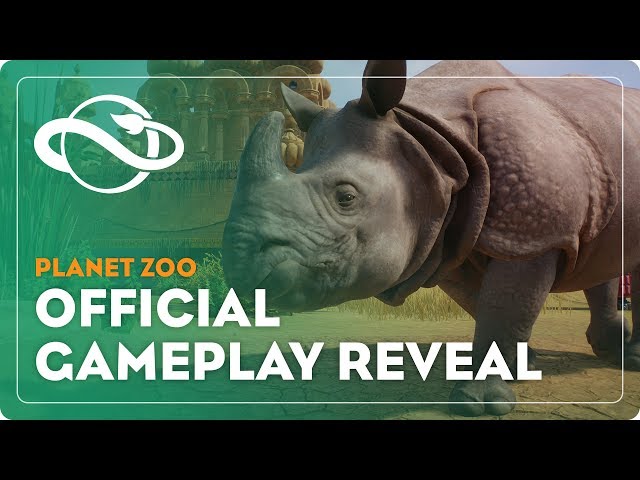 Reflected in the attention to detail evident in bringing the animals to life is the game’s palpable sense of respect for them. Right from the get-go, zoo owner Bernard Goodwin and your tutor, Nancy Jones – who’s helpfully on-hand in Career Mode to remind you not to mix big cats with gazelles – pepper your adventure with little nuggets of trivia about the creatures in your care. This risks feeling forced, but it only builds your admiration for the creatures under your wing, inspiring you to Get. Their. Care. Right.

Faced with all this pressure, constructing a zoo from scratch in Challenge Mode is a pretty exciting experience, though it’s a little overwhelming. I pick a biome, a continent, then start from what is essentially a gigantic field in that location. Comparing my fledgling enterprise to the devs’ glorious pre-made zoos is daunting, but it’s an exciting canvas for your creativity. The tools are there, so you have the scope to create basically anything you picture in your head.

The game’s not without a few hitches, but they’re pretty minor. Some of the construction tools can be a little difficult to work out in places. For example, placing building ‘shells’ and then trying to slot shops and staff facilities into them is fiddly, and not particularly intuitive, which threw a couple of brief stumbling blocks my way when trying to progress through Career Mode. However, this isn’t true across the board – things like attaching staff rooms and small creature habitats to paths works seamlessly. 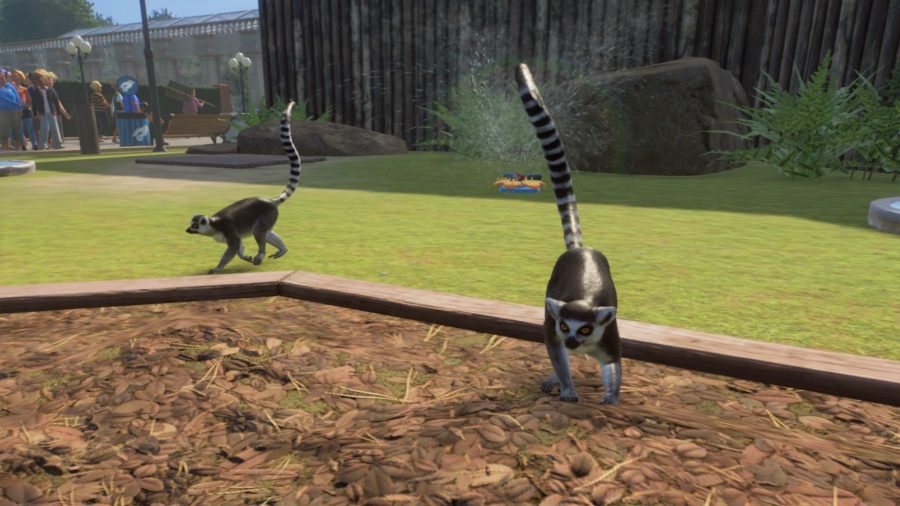 It’s also worth noting that, while the zoos can be stunning (I particularly love the ornate Panda Park), they also feel pretty busy, especially when I’m running the game with the best specs. It can be hard to navigate the throngs of people and plants that festoon my giant enterprises sans menu, and I often have to wrestle with the camera to get a decent view of my animals, whether for functional purposes or to gaze lovingly upon them. But these are minor hiccups that briefly interrupt the fun rather than spoil it.

Planet Zoo is an excellent entry point into management sims, as well as a hugely rewarding game for veterans of the genre. It’s minutely detailed, making it overwhelming at first glance, but players have a range of modes on offer and plenty of help if they want it, tailoring the experience to their skills. And for those up for a challenge, there’s real depth and meatiness up for grabs that’ll reward a job done right.