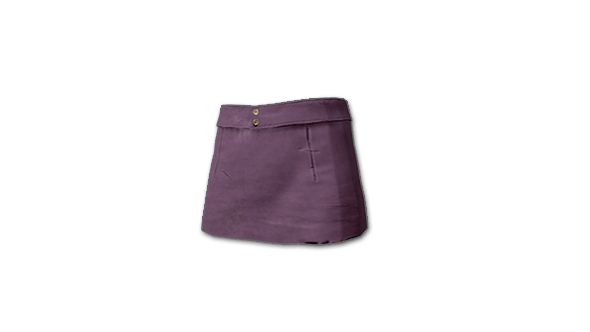 A cosmetic item for PlayerUnknown’s Battlegrounds is selling for nearly $500 on the Steam marketplace. The item, a purple mini-skirt, is just one of a handful of in-game items selling for hundreds of dollars.

Get yourself some chicken dinners with our PUBG guide.

While the game’s full microtransaction system isn’t due to arrive until full release, the developers have been testing the system out by adding a few paid cosmetic items. A few of these have spiralled in cost on the Steam marketplace, where players can buy and sell items earned in games like Dota 2, CS:GO and, of course, PUBG.

The most popular item is the unassuming ‘Mini-skirt (Purple),’ two of which are currently on sale starting at $436.79. That sale price has gone as low as $249.90 (which remains a lot of money for a real-life item of clothing), but in the past week four skirts have sold for prices in excess of $475.

Other expensive items include Hotpants (Blue), which most recently sold for $300.01, and the iconic Red Hi-top Trainers, which are for sale starting at $133.49. The most expensive item in the store is the PLAYERUNKNOWN Set, which includes PLAYERUNKNOWN’s bandana and PLAYERUNKNOWN’s trenchcoat and is currently priced at $885, far more than the sum of its constituent parts.

PUBG remains one of the most popular games on Steam, last week recording more than 500,000 concurrent players. But that doesn’t excuse spending hundreds of dollars on some tattered virtual clothing. You can check out some more ludicrously expensive cosmetics here.