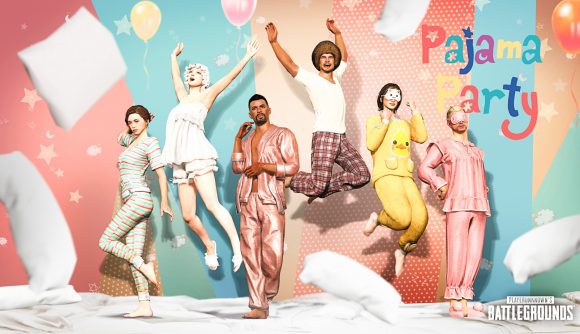 PUBG's 11.2 patch has come to PC and, boy, is it a big one. Alongside all the usual tweaks and bug fixes, we've got the new Survivor Pass, nerfs for drive-by shooting, and some redesign work for Erangel's bridges.

PUBG Studio has themed PUBG's new Survival Pass around a pyjama party, which feels oddly on point given that most of us have spent the last year in our pyjamas. You've got 30 rewards to pick up over 50 levels of tiers you can grind by earning XP in matches or completing missions. Cosmetics include pyjama-themed skins for your weapons – like the AUG – and outfits for yourself. Survivor Pass: Pajama Party kicks off today and ends on June 9. There's no grace period anymore, so make sure you pick up your gear.

PUBG's pesky drive-by tactic has also been nerfed. In-vehicle recoil for weapons has been bumped up by 10%, though this doesn't apply to sidearms. If you've been out of the loop, passenger stability in vehicles was buffed in a previous update. Combating players in cars became tricky as, well, they can fire upon you with no recoil while being hard to hit themselves.

The PUBG team has also reworked some of Erangel’s bridgers to make them a more balanced spot to duke it out with foes. The developer has widened some, while others have seen vehicles moved around. 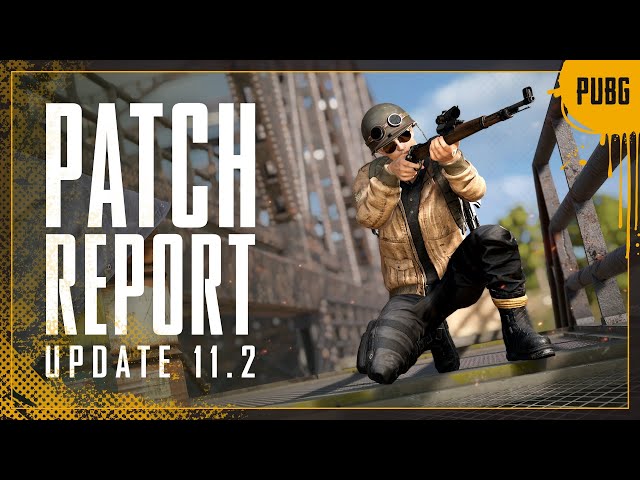 “This minor rework brings structural changes to the bridges and includes the addition of new defendable positions, in addition to catwalks underneath to help fend off attacks, including those from the water,” PUBG Studio says. “These catwalks also double as a new avenue of attack to mount an assault on those pesky bridge-campers.”

Winner winner: You can buy PUBG on PC here

If you’d like to see the PUBG 11.2 patch notes in full, you can find them at that link. If you’re looking for the best PUBG weapons to try out before the new season, you can hit that link.