What are the best PUBG weapons? This is pretty much the most important question a PUBG: Battlegrounds player can ask themselves. The start of the game is easy: just pick up the first thing that shoots. But after that, you need to make choices. You can only carry two primary weapons, a pistol, a melee weapon, and grenades. If the weapons you’re carrying by the end of the game are far worse than those carried by the other remaining players, well, don’t count on a chicken dinner.

Finding the best PUBG weapons is tricky though, especially if you’re no weapon expert. There are just so many options to choose from, and testing all of them is going to take ages. There are many things you need to consider: power, speed, recoil, reload time, and attachments – to name a few.

That’s where this guide comes in, we’ll show you the best weapons in a handy overview below. As every weapon type has its own specific use – as you can’t really compare sniper rifles to shotguns – we’ve separated them by category.

Here’s a list of every gun type in PUBG: 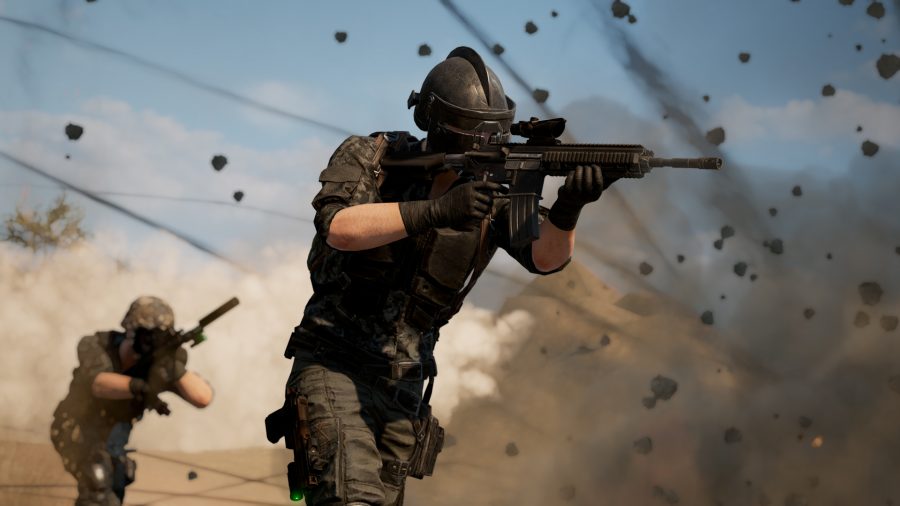 It’s hard to pick the best automatic rifle, since there are so many good ones. However, the M416 is a weapon that tends to stand out for its all-round use and limited recoil. You may think that its base hit damage is somewhat low, but the M416 has a higher rate of fire compared to a SCAR-L. Most importantly though, it has the most attachment slots out of all AR’s, which allows for a lot of modification.

We’re here for damage and speed, are we not? Compared to other AR’s, the Groza has the second-highest damage per hit and second-highest rate of fire. Thanks to that combination, many players consider this the best assault rifle in PUBG. However, there are some drawbacks: you can’t attach a foregrip, it’s only found in airdrops, and it has a three-second reload time.

It’s a tough choice between the Beryl and the AKM. The Beryl still feels like the winner, even though it received some nerfs since it was first introduced. This is mainly due to its high damage and high rate of fire, making its damage-per-second better than the AKM. True, it can be harder to handle, but the Beryl can attach lower rail items for more grip to fix that. And unlike the Groza, you don’t need to find airdrops.

This is a bit of an odd one. The M16A4 doesn’t have a full-automatic fire mode, but it’s the best assault rifle for single shots. In fact, it was often used as an AR-turned-sniper, although it can no longer hold an 8x scope today. It’s still the best option if you want a long-range AR. Thanks to the high fire speed and minimal recoil, it’s an extremely reliable weapon. 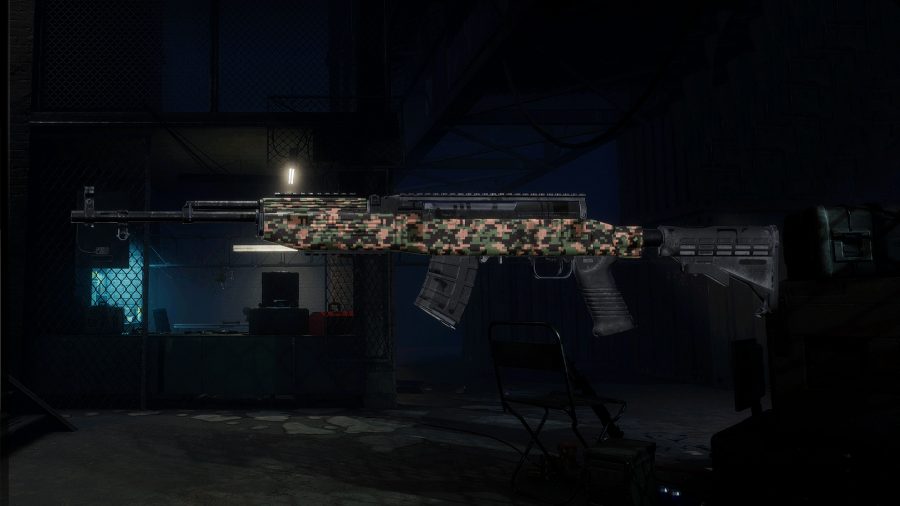 At first glance, this weapon may seem a bit weak. However, despite its lower damage and slightly slower rate of fire, it’s more accurate compared to other designated marksman rifles. The Mini 14 has a bigger magazine size as well. Just grab a scope and you’ve got yourself a lethal long-range weapon with this one.

The SKS deals higher damage than the Mini and it has the most attachment slots out of all DMRs. Beware that the SKS doesn’t come with the Mini’s accuracy and has a slower reload speed. If you’re good at landing headshots though, you should definitely pick up this perfect blend between assault and sniper.

It’s like the SKS, but with increased damage and higher recoil. What’s special about it though, is its ability to switch to full-automatic mode. It’s pretty versatile and definitely a great choice, but here’s the thing: the Mk14 is an airdrop weapon. If you can’t get one, just go with the SKS. 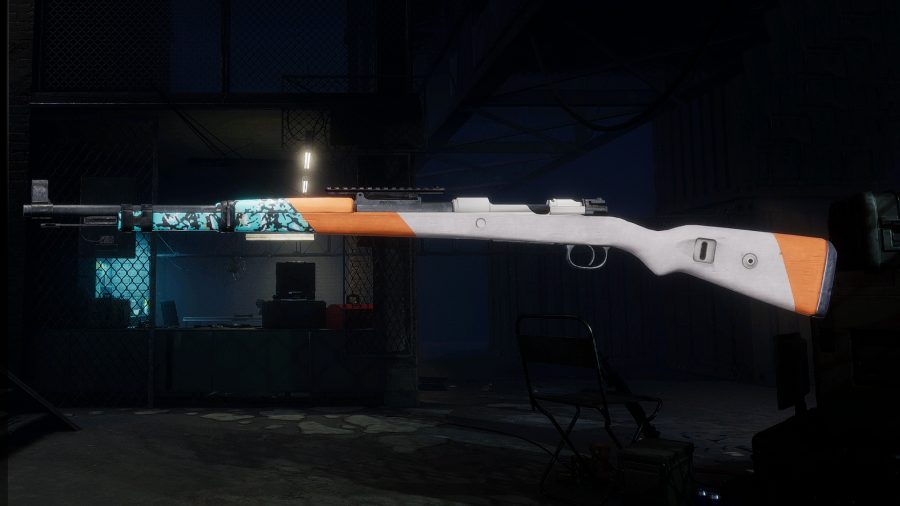 Generally considered one of the best weapons in PUBG, the AWM is a sniping monster that can one-shot players carrying a level 3 helmet. It has a hit damage of 100 and it doesn’t have a long reload time. The only downsides: it’s only found in airdrops, and the same goes for the bullets (so don’t waste them). You may have to risk your life to get one of these, but if you do; congratulations, you’re now own the most powerful sniper in PUBG.

If trying to open airdrops is a bit out of your comfort zone, don’t worry, you can have a perfectly great sniper rifle if you look around for a Kar98k. You can’t one-shot level 3 helmets, but the lower grade helmets won’t stand a chance. It’s accurate and it can be used with all scopes. The only downside? It’s quite slow, so try not to miss. 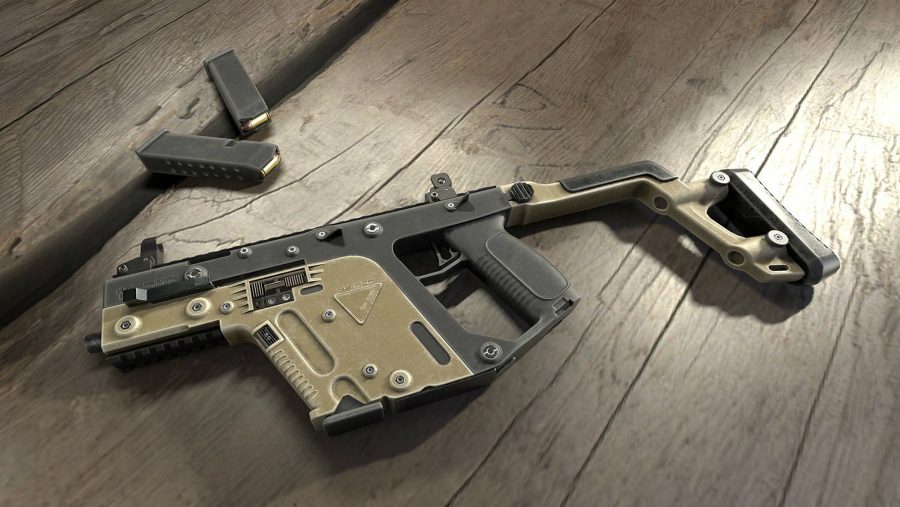 As only one of three light machine guns currently in the game, the MG3 is the best one available. It’s super speedy, and you can choose between two firing modes: 660 rounds per minute, or 990 rounds per minute. It also comes with a bi-pod included. The MG3 replaced the M249 as an airdrop weapon, so beware that it’s harder to find one.

This little beast of a submachine gun comes with far more range and a standard 50 round magazine, laser, and silencer. Dual optics allow for quick switching between close and mid-range combat. Note that this highly popular airdrop SMG is relatively new, so there’s a risk of it being nerfed if it proves too powerful.

The Vector is the best all-round SMG outside of the airdrops. It deals slightly lower damage per hit, but it’s much faster than the rest. Together with its low recoil and high number of attachment slots, this is an awesome weapon. There’s just one problem: this speedy machine has a magazine capacity of only 19. Try to extend this, and you’re good to go. 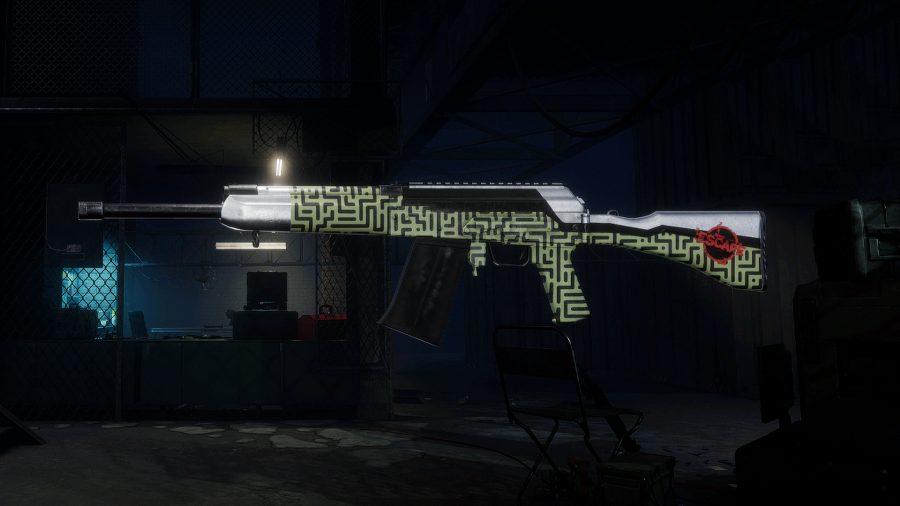 A great double-barrelled shotgun that leaves no survivors when fired at short range. This is mainly due to its ability to fire two bullets in very close succession. That comes with an obvious downside of course, as missing a shot means having to reload or swap weapons.

The S12K is a slightly less powerful shotgun, but it leaves more room for error. It has an unusually rapid rate of fire, a bigger magazine, and a slightly faster reload speed compared to its colleagues. The S12K can also use more attachments. The recoil is quite heavy though, so make no mistake: this is still an in-the-same-room type of weapon. 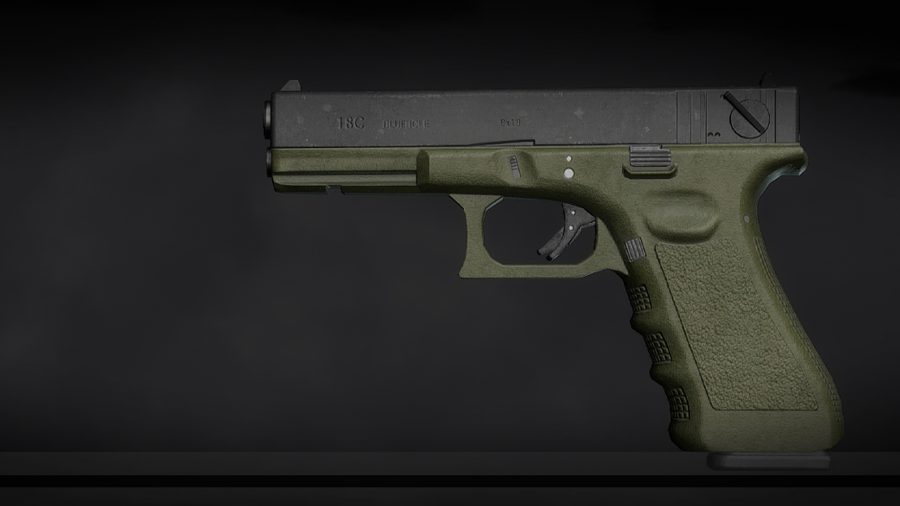 Ah, the pistol. The one weapon type that nobody uses, unless it’s the only thing they’ve got. If we have to pick a favourite though, it’s the P18C. This little gun has an auto-firing mode and a decent magazine capacity. Although it deals the lowest damage per hit out of all PUBG pistols, it still deals the highest damage per second thanks to its speed. So, while we’re still not going to use this weapon any longer than absolutely necessary, the P18C is the best PUBG pistol.

Depending on the type, PUBG throwables can be used to deal damage. However, that’s not usually our main objective. Instead of killing the opponent, grenades are meant to startle them, draw their attention away from you, or deny them access to rooms, doors, or vehicles. The Molotov Cocktail stands out because of that ‘area denial’ quality. You can easily set a building on fire and then proceed to shoot at the unfortunate soul who’s just been denied access. Any burn damage is a nice bonus.

If you do wish to deal a lot of damage with your grenade, then the Frag Grenade is your best friend. It’s not that useful in the first part of the game, while everyone’s still running around, but it can be crucial in endgame if you want to force an enemy to leave their hiding spot. If a Frag Grenade lands next to you, running is basically your only option. Be sure to time the cooking properly!

Chicken dinner: Beginner’s PUBG tips and tricks on how to win

The Smoke Grenade is great for escaping or as a decoy. Of course, it’s very situational, and you may not even have to use it if you don’t find yourself in a tight spot during a game. But since it can be such a lifesaver at times, it deserves a spot on our list of the best PUBG grenades.

Forget about crowbars, machetes, and sickles. The only PUBG melee weapon you really need, is the pan. It can kill an unarmoured opponent with one hit on the head, but the main reason is this: it can block bullets. You can actively defend yourself, or leave the Pan hanging on you backside. If you do the latter, it acts as a shield for your buttocks. Handy, right?