It’s tradition in PlayerUnknown’s Battlegrounds. You drop into the map, blitz into the nearest building in search of gear, and curse Brendan because you find pants instead of guns. Now PUBG is removing clothes for everyone, and there are a fair few other big changes, too.

Check in on the best PC games.

The patch is hitting test servers, and assuming nothing’s broken it should go live later this week. In-game clothing spawns have been removed from every map, though there are no other changes to item drops. Don’t expect more helmets just because there are now no hats.

A huge swath of changes are in line for the blue zone. There’s less delay between each shrinking circle, but now the circle moves slower at most intervals – especially toward the end of the game. The zone will also do more damage in its later incarnations, and later zones will favor land rather than water. The final zone will also now narrow to the center rather than a random location. You can see more details on the tweaks below. 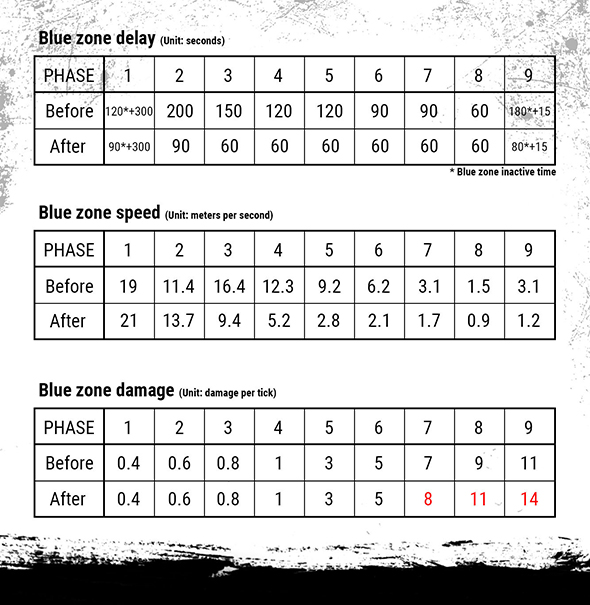 On Erangel, the first safe zone will appear 30 seconds earlier, and on Miramar, you’ll now see the safe zone while still in the airplane. The latter change is one the developers are still cagey on, however, and pending feedback that change may not actually hit the live game.

Miramar is getting some substantial layout changes as well. There’s a new Oasis in the north, a new village in the northwest, and more roads, paths, and car spawns throughout. Better loot is now more likely to spawn on that side of the map as well. 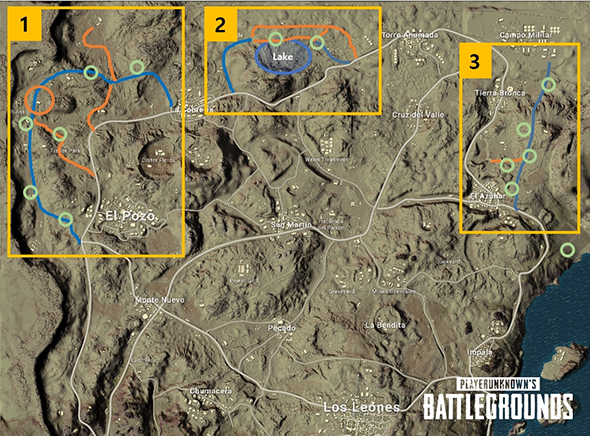 PUBG still has some big things on the horizon, with team deathmatch and Savage both set to shake up the game.