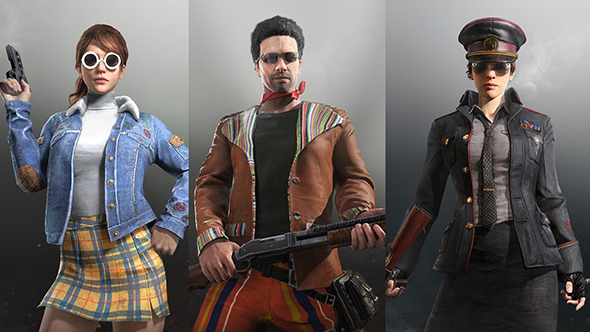 PlayerUnknown’s Battlegrounds has a loot crate system where you spend currency earned in-game on new boxes filled with random items, or purchase those boxes with real money on the Steam Market. It’s a system that sometimes leaves you with locked crates that can only be opened by buying keys, but the odds of that are about to get a lot lower.

The game’s next patch – already live on the test server – adds some new crate types and makes changes to both the odds and how crate purchases are presented. The two new crates are the freely unlockable Militia boxes, and the premium, locked Fever crates. In a departure from how the system previously worked, you can now choose whether you want to spend your in-game BP on the normal crate pool or the new Fever crates you have to pay to unlock.

Desperado crates, the other type that require keys to unlock, are still in the regular pool, but their odds of dropping have decreased to 20%. You can, of course, also still get rid of them by selling them on the Steam Market for a pittance. Here are the new crate drop rates from the random pool:

The premium Fever crates focus on the radical retro outfits, while the Militia crates offer slightly more traditional combat-appropriate gear. You can see full item drop rates and all the other changes in this update via the official patch notes. Keep an eye out for arrival of the next map in the meantime.